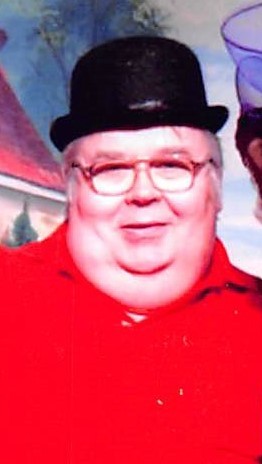 Richard Arthur Crary, age 74, passed away on May 6, 2019 in his home in Springfield, MO. He was born on July 7, 1944 in San Francisco, CA to Richard Ned Crary and Clara Bernice (Thompson) Crary. He grew up in Kokomo, IN where he attended Indiana University in Kokomo, he served in the U.S. Navy from 1961 to 1963. He worked for The Chrysler Corporation in Kokomo, IN, retiring after 30 years of service.
Richard had a life long love for trains following cherished time he spent with his grandfather who was a Railroad Station Master his entire life in Indiana and Illinois. He was passionate about auto restoration, primarily British cars and shared this passion with his dear friend Bill. He could fix anything electronic, he enjoyed computers, ham radios, model trains and guns. He married his wife, Mary on April 1, 2002 and they “Clowned” around volunteering in hospitals, attending parades and were involved in clown group activities.
He was preceded in death by his wife, Mary Joann (Woods) Crary, his mother and father, Clara Bernice and Richard Ned Crary and his brother, Donald Crary.
Richard is survived by his Best Friend, Bill (Janet) Gunning, step-children and spouses, Deborah (Wayne) Hughes, David (Janet) Roberson and Renee Johnson and Robert Evans, 12 step-grandchildren, Amanda (Doug) Gess, Benjamin Brixey, Anna Hughes, LeAnn Roberson, Lance Roberson, Beth Johnson, Thorne Johnson, Brian Johnson, Jason Johnson, Sean Johnson, Kristie Johnson and Jessica Johnson, 4 great-grandchildren, Zachary, Damien, Alex, and Conner, sister, Patricia (Edward) Rhine of Burlington, IN., nieces, Elizabeth (Gavin) Kiser and Rachel (Brandon) Schalk and 3 grand nieces and 3 grand nephews.
Richard will be buried on Saturday, May 25, 2019 at 11:00 am in Greenlawn Memorial Gardens with full military honors, then a Celebration of life will follow for family and friends. In lieu of flowers, donations are requested to go to: American Cancer Society, 2926 E. Battlefield Rd. Springfield, MO 65804 or 417-881-1670. Services have been entrusted to Greenlawn Funeral Home South.