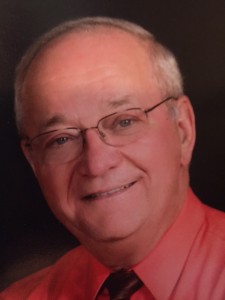 Richard D. Coleman, age 75, of Springfield, Missouri, passed away peacefully in his home surrounded by his loving family on Thursday, December 3, 2015. He was born in Bennett County, South Dakota to Robert and Mollie Coleman on June 6, 1940. He moved to Mitchell, Nebraska at the age of three, and graduated from Mitchell High School in 1958.
He continued his education attending Scottsbluff Junior College, graduating with an associate degree in accounting in 1960. He married his high school sweetheart, Mary Morse on November 23, 1960 in Mitchell, Nebraska. In 1961, they purchased a farm near Mitchell where they raised their family. He worked for 27 years in the field of accounting, prior to he and Mary’s venturing into business ownership with McDonald’s Corporation.
During their career with McDonald’s, which began in 1987, they first purchased a restaurant in Evanston, Wyoming, and then relocated to Lebanon, Missouri in 1990. In 1994, they moved to Springfield, Missouri, owning four restaurants at their retirement on January 1st, 2008. They have been active members of First Evangelical Free Church in Springfield, Missouri since 1994.
Richard is survived by: Mary his wife of 55 years, and two sons Kelly (Kristin), and Kenneth (Tracy), all of Springfield; grandchildren Alicia (Daemon) Avery, Ross (Christina) Coleman, Jaime (Brandon) Lavergne, Garret (Rana) Coleman, Renee Coleman, and Elizabeth Coleman; great-grandson Steven Coleman (Ross and Christina); sisters Dee Stirrett, Neola (Ron) Reisig, Karen (Cal) Corcoran, and Kathy (Rod) Schildt; sister-in-law Sandy Coleman; brothers-in-law Leroy (Barbara) Morse, and Quentin (Patty) Morse; and many nieces and nephews.
He is preceded in death by: his parents; three brothers Robert, Russell and Jerry; and by brother-in-law Bob Stirrett.
Visitation will be held at Greenlawn Funeral Home East on Sunday, December 6 from 5:00 – 7:00 pm. A memorial service will be held at First Evangelical Free Church of Springfield, Missouri, on Monday, December 7 at 9:30 am.
In lieu of flowers, memorial contributions may be made to the Ronald McDonald House Charities of the Ozarks and to the Pregnancy Care Center of Springfield, Missouri.