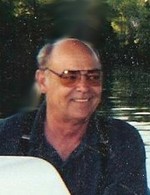 Memorial services for Richard “Rich” Eldon Milstead age 63 of Walnut Shade, MO will be held at 2:00 PM, Tuesday, August 11, 2009 at Greenlawn Funeral Home in Branson. Burial will be at a later date.
He passed away on Saturday, August 8, 2009 at his home.
He was born on June 28, 1946 in Plainview, Texas the son of Eldon and Marie Miller Milstead. He had been a resident of the area for the past fifteen years. He was the former owner and operator of Scotty’s trout dock in Branson for 13 years.
Survivors are his wife; Joni Fife Milstead of the home. Six children: Steven Milstead of Grand Junction, Colorado; Lesa Albers of Dallas, Texas, Cesar Guerra of Woodbridge, Virginia, Amanda Milstead of Benton, Kansas, C. Heath Albers of Olive Bransch, Mississippi and Justin Albers of Plainview, Texas. Two sisters; Kathy Chandler of Amarillo, Texas and Jenny Young of Willow Park, Texas. Nine Grandchildren and 2 Great-Grandchildren. He was preceded in death by his parents and one sister; Diane McAninch.
Memorial contributions are suggested to the Boys and Girls Club in Branson, Missouri.