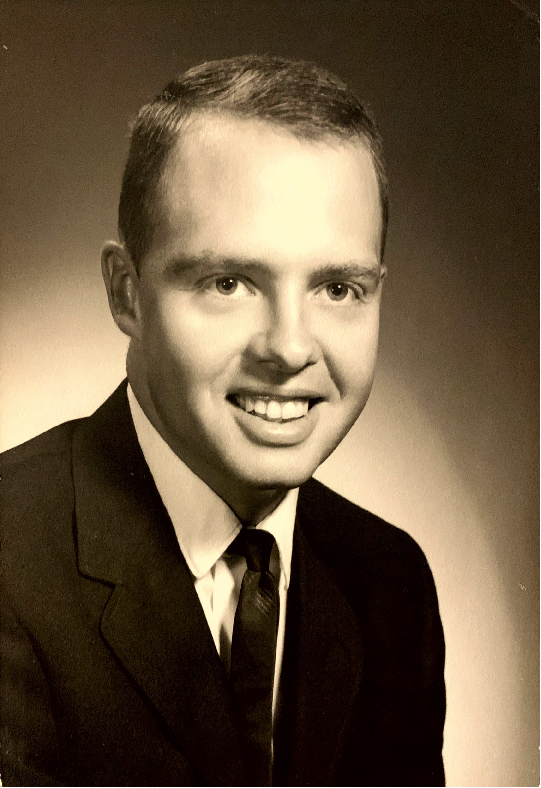 Richard Louis Jarvis, devoted son, husband, father, brother and friend, left this earthly life at the age of 81 on July 22, 2020. He passed away in his home of 53 years in Willard, MO.
Richard was born on February 5, 1939, to Elmo and Vera Jarvis in St. Johns, Arizona. Richard developed his love of cattle ranching, horses & rodeo from an early age. He was an incredible calf-roper. He attended Pioneer School & St. Johns High School in St. Johns, Arizona. In high school, he was a 3-year letterman; Richard led his high school basketball team to 2 state championships. He was All-State for junior and senior years and earned National Basketball All-American honors. He went on to play basketball for Arizona State University (ASU). He served his first of two missions to the New England states at age 20 for The Church of Jesus Christ of Latter-day Saints. After his mission, he returned to ASU and graduated with a Bachelor of Science in civil engineering. While at ASU, Richard met his wife of 58 (6 weeks short of 59) years, Lenna Yvonne Tarwater. They married in the Mesa Arizona temple in 1961. Richard moved to Willard, Missouri in 1967 and bought a cattle farm, where he taught his kids the importance of hard work. In addition, he worked at MoDOT in Springfield for 34 years. Richard loved his religion. He served as bishop, as a member of the stake presidency, and as a high councilman for the Springfield, Missouri area for many years. When he retired, he chose to serve another mission with his beautiful wife in Nauvoo, Illinois. As a part of his church service, Richard was a scout leader. All 6 of his boys earned their Eagle Scout Awards and won quite a few pinewood derbies. Taking the older scouts on a high-adventure hike on horseback to Arizona’s Superstition Mountains was a highlight of his service. He would also take the scouts canoeing even though he did not know how to swim. Richard taught his kids a love of sports. He coached his kids in over a thousand games of soccer, t-ball, baseball, softball, and basketball. Richard was preceded in death by his parents, Elmo and Vera Jarvis and his brother Burl (Beverly) Jarvis. He is survived by his wife Yvonne, his siblings, Dixie (Doug) Shumway, and Paul (Tina) Jarvis. and his children Gary (Kassie) Jarvis of Willard, MO; Jana (Ron) Flewellen of Queen Creek, AZ; Scott (Merrilee) Jarvis of Provo, UT; David (Caroline) Jarvis of Tulsa, OK; Kevin (Lauri) Jarvis of Stansbury Park, UT; Donna (Robbie) Clayton of Highland, UT; Todd (Wanda) Jarvis of Columbia, MO; and Kent Jarvis of Houston, TX, as well as his 28 grandchildren.