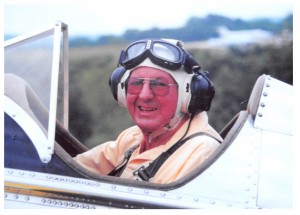 Richard Lee Cooper was born in Clarke County, Iowa, April 29, 1940 to Howard Miles and Fern
Viola (Miller) Cooper. He grew up in Winterset, Iowa, and graduated from Winterset High
School in 1958. In October 1960, Richard enlisted in the United States Air Force. During his 4
years of service he was stationed in Germany and Libya. In 1963 he was united in marriage to
Kathleen Casey. Richard and Kathy had two children, son Micha Lee and daughter LaDonna
Renee.
Upon completing his tour of duty, Richard returned to Winterset and joined his father in the
family business, Cooper Truck Lines. He worked alongside his father for many years,
eventually acquiring the business and expanding it to include a readymix
concrete operation.
Richard was married to Jeanne (Ross) Spencer, his soul mate, on February 5, 1982. Richard
and Jeanne loved traveling and spending time on Table Rock Lake. Trips to Mexico and
Australia were among their most memorable adventures.
Richard was a passionate aviator. He held both private and commercial pilot licenses and was
a certified flight instructor. He acquired multiengine
instrument and helicopter ratings. Through
the years he owned several personal aircraft and logged over 5,000 hours of flight time.
Throughout his professional career, Richard was known as a leader in his community. He
served on many boards and organizations in a varie ty of capacities. Some of his most notable
services included Past President of the Iowa Ready Mix Concrete Association.
Upon retiring in 1998, Richard and Jeanne made their home in Branson, Missouri, making many
new life long friends. Richard devoted much of his time thereafter flying and maintaining aircraft
and attending daily poker games with his dear friend Mark Trimble and the rest of the boys.
Richard served as Past President of the Ozark Chapter of the Missouri Pilots Association. In
2010, he was awarded the Wright Brothers Master Pilot Award in recognition of practicing and
promoting safe aircraft flight operations for 50 consecutive years. He also received the Lifeline
Pilots Award.
Richard is survived by his wife, Jeanne, son, Micha (Melissa) Cooper. Daughters: LaDonna
(Ray) Gallardo, Shari (Dan) Bush and Tshanta Spencer? Grandchildren: Tessa Cooper, Seth
Cooper, Caleb Cooper, Eli Cooper, Isaac Cooper, Audrey Westphal, Lizzie Gallardo, Andrew
Leon, Danelle (Rocky) Vizcarra, Amber Bush, Dylan Bush, Sierra Johnson, Erika Johnson, and
Spencer Johnson? Great Grandsons Rocky Vizcarra, Jr. and Ostun Vizcarra. Sisters: Sharon
Dooley (niece Rebecca Reinhart) and Shirley (Roger) Lents (nephew Daniel, niece Christy and
her son Ryan). Many other relatives and many, many friends who have become beloved family.
He was preceded in death by his parents.
A Celebration of Life Visitation will be held from 2:00 to 5:00 p.m., Friday, February 26, 2016 at Greenlawn Funeral Home in Branson.
In lieu of flowers, memorial contributions may be made to the family or Missouri Pilots
Association, Ozark Chapter, Joe Berman, 331 Silver Bridge Lane, Kimberling City, MO
656869496.