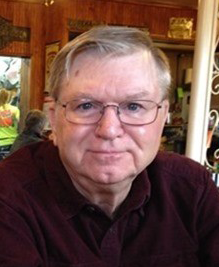 Richard married the love of his life, Janice on January 8th, 1965 in Springfield, Missouri.  They spent 55 wonderful years together.  In 1968 they welcomed their only daughter, Jayna into the world.  Richard loved to spend each Saturday with Jayna growing up as father/daughter days doing whatever she wanted to do. Family was very important to him.  He loved spending time going to movies with his grandsons, Ryan and Justin. They had a mutual love of animation and anime films and shows and spent as much time as possible seeing them together.  He also enjoyed reading, traveling, hunting and shooting, and going on ATV rides.

As a youth he attended Brown Military Academy and proudly served in the U.S. Army during the Vietnam era and was privileged to have received a Good Conduct Medal.  He was a member of the Army’s rifle and pistol team.  Shooting was something he truly loved and continued to compete after leaving the Army. He also coached his daughter, Jayna, in her rifle competitions.

After leaving the Army, he went into the finance industry where he spent his entire 36 year career. Richard retired as an Executive Vice President at Fidelity Funding Mortgage Corp.

He was preceded in death by his mother Patricia, father Herbert and younger brother, Jeffery.  He is survived by his loving wife Janice Barton, daughter Jayna Burch and grandsons Ryan Burch and Justin Burch.

Graveside service will be held Saturday, June 27th at 10:00am at White Chapel Memorial Gardens in Springfield, Mo.