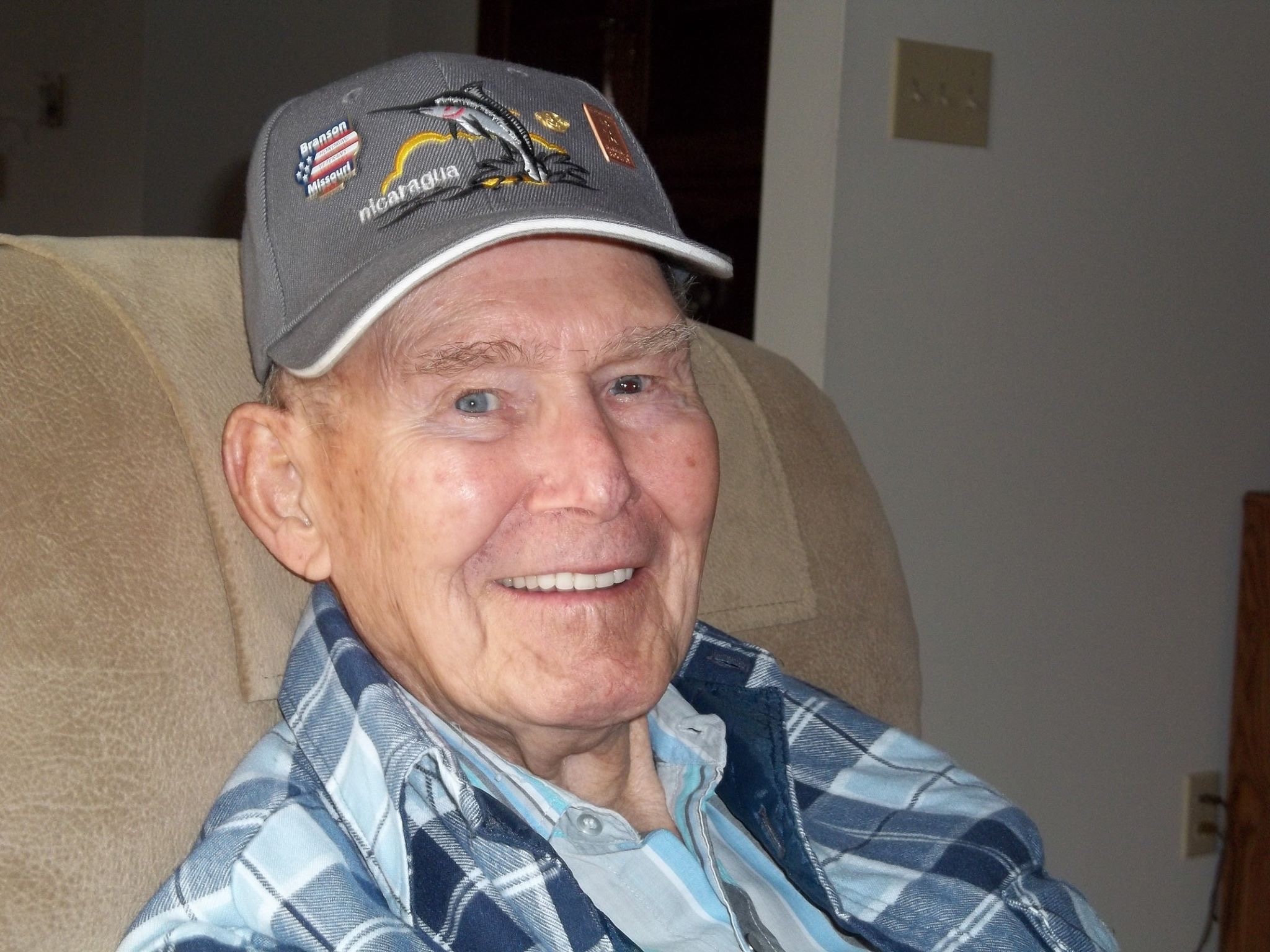 Dick was born November 29, 1925 in Hooker, OK to Walter Carl and Constance Beryl Davis. Dick was a World War II Navy veteran, he served as a Naval Armed Guard aboard Liberty ships (Civilian supply ships). He was united in marriage to Mildred Groves on August 18, 1952. Dick spent his career in the Copper, Lead, and Uranium mining industry. He was a member of the Ozark V.F.W., Dick and Mildred loved to go country dancing especially the waltz. Dick and his son had the honor of traveling to Washington D.C. on the Honor Flight.

The family will receive friends from 10:30- 11:30 am, Monday, February 10, 2020, with a Celebration of Dick's life being held Monday, February 10, 2020 at 11:30 am in Greenlawn Funeral Home South, 441 West Battlefield Springfield, MO 65807, with burial to follow at Missouri Veterans Cemetery in Springfield, MO. Memorial contributions may be made in Dick's name to https://www.ssjohnwbrown.org/.