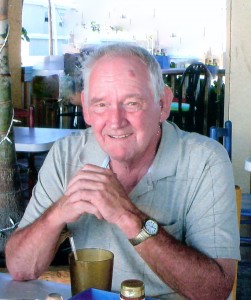 Richard Thomas “Tom” Werland, age 73, of Bolivar, MO, passed away Friday, June 12, 2015, at Citizens Memorial Hospital. He was born July 17, 1941, in Sterling, IL, to Stanley and Elizabeth (Woodyatt) Werland. He was united in marriage to Sharon Kubs July 31, 1961, and to this union four children were born. Tom was a member of the Sons of The American Legion Post # 137.
He was preceded in death by his parents; and a son Bryan Werland.
Tom is survived by his wife of 53 years Sharon Werland of the home; three children: Tod Werland and wife Amy of Springfield, MO, Scott Werland and wife Ann of Brighton, MO, and Tammy Werland and Richard Wells of Buffalo, MO; five grandchildren: Thomas, Sara, Laura, Jeffrey, and Michael Werland; one great grandson Sebastian; as well as other relatives.
A memorial visitation will be held from 4:00 to 6:00 PM Saturday, June 20, 2015, in the funeral home. Burial will take place at a later date. Online condolences may be made at: www.greenlawnfuneralhome.com. Arrangements have been entrusted to Pitts Chapel Bolivar, MO