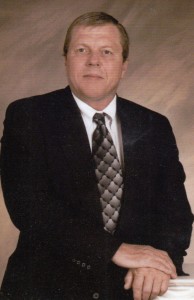 Ricky Lee Altic of Springfield, Missouri was born to Alvin and Barbara Altic on October 21, 1951. He was united in marriage to Karen Sue Sneed on July 14, 1970. From this union two children, Kevin Lee Altic and Kimberly Sue Altic, were bore. Ricky was preceded in death by his father, Alvin, and son, Kevin. He is survived by his wife Karen Sue Altic, mother, Barbara Glenn, daughter and son-in-law, Kimberly and Tony Lingenfelter. Also surviving are three grandchildren; Gina and Daniel Gilbert, Stephanie, and Andrew, three great-grandchildren; Adrianne, Mason, and Jackson. As well as his brother, Ronnie Altic, sisters; Vickie Thompson and Gail Myers, and a host of family and friends. He was saved at an early age. His professions were: mechanic and welder, Assistant Pastor at Friendship Baptist Church, and computer programming. He proudly served in the U.S. Army Reserves. He entered into eternal rest on August 13, 2015. He was proud to serve God, his country, and family. Visitation will be Tuesday, August 18, 2015, 6:00-8:00pm, at Greenlawn Funeral Home North. Funeral service will be Wednesday, August 19, 2015, 1:00pm, at Greenlawn Funeral Home North. Interment will follow at White Chapel Memorial Gardens in Springfield, MO.