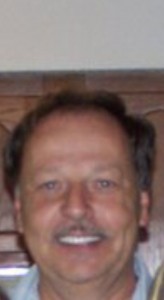 Riley Hontz, 58, of Buffalo, MO, lost his battle with cancer on February 14th, 2016.
He is preceded in death by his father, Gene Hontz. He is survived by his wife, Angela Hontz, his children; daughter, Chasity Phichith and husband, Foubanh Phichith of Washington State, son, Shane Hontz of Washington State, Katie Hontz, Tabitha Hontz , and Zander Hontz all of Bolivar, his step children; Ashley Rochefort of Virginia, Jessica Rochefort of Buffalo, MO and Danielle Herdman and husband Blake, of Lebanon, MO and many aunts, uncles and cousins.
A memorial service will be held at Pitts Chapel Bolivar, MO on Friday, February 19th at 6:00 pm. Arrangements have been entrusted to Pitts Chapel. Online condolences may be made at www.greenlawnfuneralhome.com. Memorial Contributions may be made to the family or Pitts Chapel and are appreciated.