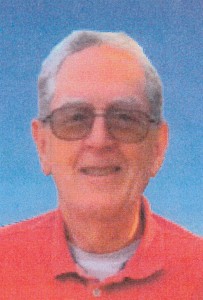 Robert “Bob” Arthur Scott, 67, Springfield, MO passed away at Cox Medical Center South on Monday, July 20, 2015, unexpectedly.
He was born January 7, 1948 in Lethbridge, Alberta, Canada, to William and Donna Jean (Carter) Scott, and he became a U.S. citizen in 1954. He attended schools in Independence, MO. and studied economics at the University of Missouri. Bob was united in marriage on April 21, 1984, to Sonja Bailey Matlock. He was a local businessman and manufacturer in the field of organic garden prodects. He was currently treasurer of the Organic Materials Review Institute and occasionally did educational outreach for the city of Springfield Environmental Services. He was preceded in death by his father in 1964.
Bob was a loving husband, father, grandfather, brother and uncle. He is survived by his wife; two daughters: Heather Scott Vierling, and her husband, Brandon, of Kansas City, and Elizabeth Scott, with he fiance, Nathan Clarkson, of Springfield; his step-son, Keith Matlock, and wife, Stacey; plus four grandchildren, Imber Johnson, Cole Matlock, Caroline Matlock and Christina Vierling. He is also survived by his mother, of Independence; two sisters: Margaret Scott Robinson, of Valdosta, GA, and Janet Scott Canseco, of Parkville; one brother, Lawrence Scott, of Lakewood, CO., as well as several nieces.
A visitation to celebrate his life and welcome friends and family will be held on August 3, 2015 from 2:00 to 4:00 p.m. at Greenlawn Funeral Home North. A private burial will take place at a later date in Greenlawn Memorial Gardens.
Bob will be remembered as a kind and generous man.
Memorial contributions are suggested to the charity of your choice.
Online condolences may be made at www.greenlawnfuneralhome.com