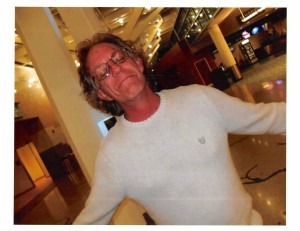 Robert C. Werning, (i.e. Bobby, Bob, Rob) 60, died Friday, July 31 in Springfield Mo. He will be dearly missed by family, friends and colleagues.
He was born February 26, 1955, and was adopted at 3 months old by Ralph C. and Myra Fern Werning. They lovingly raised him on their farm in Cameron Mo. He had many interests growing up: playing in the school band and a rock band, scouting, 4H, guns,fast cars, dirt bikes, and many others. After high school graduation, he studied large engine machinery and was a mechanic for a while. On some friends’ advice, Bobby travelled to a job working on oil industry boats. He liked the job and quickly advanced to the rank of captain. This job started a naval career in the oil industry, taking him all over the world.
In the 80s, Bob discovered a passion for computers, and began a lifelong study of all things computer. His computers travelled the world with him. In 1988 Bob married Tricia Samaras, and they had two children: Jeremy J. Werning and Sarah Michelle Werning. He pursued a career in computers that kept him home in Pensacola Fl. for several years. The family’s favorite outing was roller skating, but music, computers, and the outdoors entertained them also. Bob was an amazing skater, and musically talented; harmonizing beautifully. Discouraged with the computer career, he returned to boats, both stateside and abroad. Rio, Brazil became his home in his later years.
Rob started to help with computer programming for the fleet there when he was not on a boat. Over the years, he designed a boat computer operating system and became Head Programmer for the Edison Chouest fleet in Brazil. Sadly, cancer brought him back to Springfield. He was supported here by loving family and friends. He was truly blessed to have a large loving family, and many good friends all over the world.