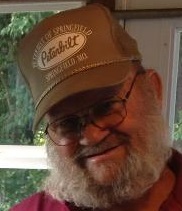 Robert Dean Wilson was born in Springfield, MO on December 14, 1946 to Clarence and Nadine Wilson. He was raised by Nadine and his step father Perry Davenport. He was united in marriage to Betty Wilson on June 20, 1985. He was preceded in death by his parents Clarence Wilson; Nadine and Perry Davenport; brothers, Joe, Richard and Perry; sisters, Barbara and Louise and nephew, Richard. He is survived by his wife Betty, daughter, Barbara Wilson, son, Ken Wilson and wife Sydnie, daughter, Deborah Dickie and husband Scott of New Jersey, grandchildren, Matthew Dickie, Grant Hurst, Kaylea Fulp and Cole Hurst, sister in law, Paula Wilson and husband Jay (deceased), sister, Sue Schreiner and husband Cliff, sister, Roxie Rosenbaum and husband Jim, sister, Diane Boyet and husband Gary, brother, David Davenport and wife Marlene, Larry Davenport, and wife Cheryl, sister in law, Carolyn, a host of nieces and nephew, very good friends, the McCoy Family and Josh Spencer and wife Connie. He was at his happiest when he was hunting and fishing. He always thought it was not possible to have too many guns. His favorite holiday was the Fourth of July and he always had the best display on the block. He passed away on January 21, 2019 in Springfield, MO. The visitation will be on Thursday, January 24, 2019 from 6:00 until 8:00. Services will be held on Friday, January 25, 2019 at 2:00 pm at Greenlawn Funeral Home North