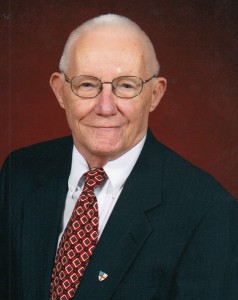 Robert E. Richards (Bob) passed away peacefully at home after long illnesses on March 6th.He was born on May 27, 1935 in Zanesville, Ohio to parents, Helen and Robert S. Richards.Bob grew up in Charlevoix, Michigan and graduated from Charlevoix High School. He was a Graduate of RIT in Rochester, N.Y. with a BS degree in printing and graphic arts. He was employed by various printing companies for 40 years, and lived in Phoenix, AZ for 27 years before moving back to Springfield eight years ago to the place where he started his career and met his wife. He was a Mason and a Shriner at El Zaribah in Phoenix and Abou Ben Adhem in Springfield. Bob is survived by his wife of 55 years, Virginia Richards, two sons, Robert S. Richards of Madison, WI, Daryl Richards and wife Stacy of Peyton, Colorado, and one daughter, Ann Kinney of Phoenix, AZ. He has five grandchildren, Amanda Kinney, Zane Richards, Emmet Richards, Bailey Richards, Bert Richards, and one great grandson, Oliver Junod.
A memorial service will be held at St. John’s Episcopal Church on Saturday, March 12th at 11:00 a.m. with committal to follow in the Memorial Garden. In lieu of flowers, donations maybe made to the St. John’s General Fund.