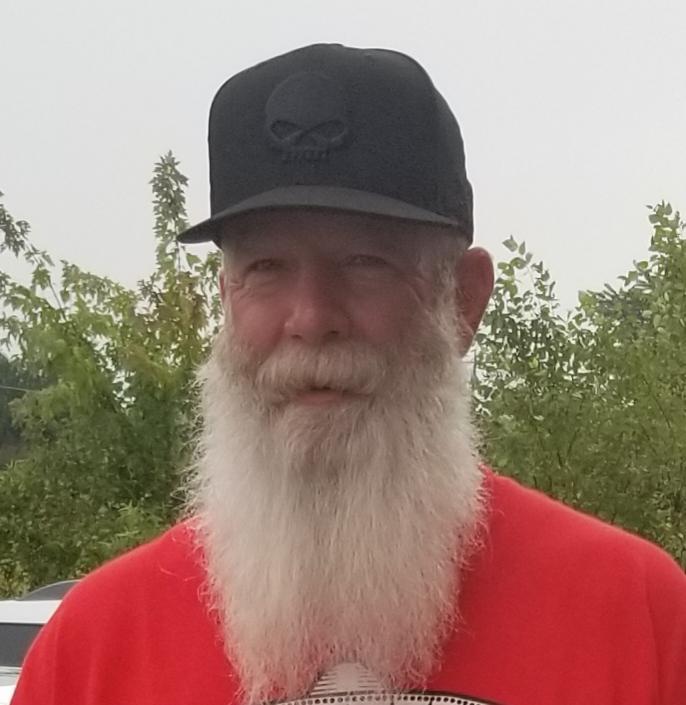 Robert Eugene George also known as “Grit” and “The Silver Bullet Kid” passed away November 25, 2019. He was born in Springfield, MO. on August 20, 1957 to Robert and Ruth (Hawkins) George. He was a Public Safety Officer for M.S.U.for 30 years.He was also a Police Officer in Junction City, Ks. for 3 years. He loved riding Harley Davidson Motorcycles and had ridden in all 48 continental states. Eugene loved being outdoors in the woods and at the river and fishing with his family.
Eugene was preceded in death by his parents and one grandson, Finley Nichols. He is survived by his wife, Valerie George, three daughters: Jennifer Herron and her husband, Daniel, Becky Nichols and her husband Michael and Jessie George and her significant other, Cory Culbertson, a son: Nathan George, four grandchildren: Riley, Kane, Nolan, Azia, and one sister: Janene Proctor and her husband, Robert.
Memorial services will be at 3:00 p.m. Sunday, December 1, 2019, at Greenlawn Funeral Home North, with visitation from 2:00 p.m. to 3:00 p.m. before services. In lieu of flowers, memorial donations may be made to St. Jude's Childrens Hospital.