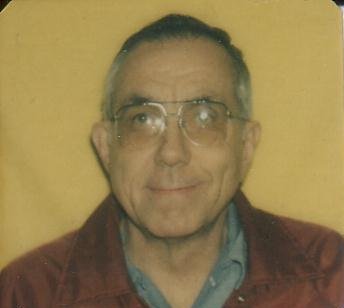 Bob was born October 19,1934 in Beloit , Wisconsin, to Harry and Esther Laudig .Bob served in the United States Marine Corps. He was united in marriage to Nillie Taffer on June 2, 1956 in Plymouth, North Carolina. Bob loved to spend time tinkering on cars.

Survivors include his loving wife of 64 years, Nillie Laudig of the home; two children, Kathy Jaeger of Nixa and Harry Laudig of Niangua, MO; six grandchildren, Jennifer and husband Steven, Megan, Kristen and husband Jon, Alex, Joshua and wife Mandi, Jeremy and wife Brittany; seven great-grandchildren, James, Macey, Mackenzie, Maebry, Madeline, Danielle, Dianna, and Delphine; one sister, Judy Potter , of Minnesota; and a host of family and friends. Bob was preceded in death by a daughter, Sharon Kay Laudig; and his parents, Harry and Esther Laudig.
A private family memorial will be at a later date. In memory of Bob, memorial contributions may be made to Hospice Compassus. Cremation services have been entrusted to Greenlawn Funeral Home South