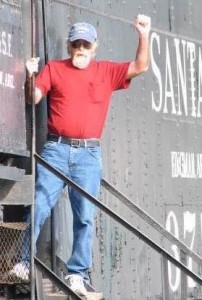 Robert “Bobby” Lynn Hubbard, age 65, of Springfield, MO, passed away February 11 at 10:50pm. He was born August 29, 1950, in Springfield, MO., to Ival “Bill” Hubbard and Gladys (Trent) Hubbard. He was preceded in death by his father Ival “Bill” Hubbard and his mother Gladys (Trent) Hubbard, a brother Jerry Hubbard and two infant brothers. He is survived by his loving wife Georgia (Hoon) Hubbard, his son Robert “Little Bobby” Jr., two daughters Althea and Sunshine, three brothers Danny, Wayne and Larry, three sisters Janice, Judy and Karen as well as six grandchildren and two great grand children – too many friends to list as he was very generous, non judgmental and loving to everyone. His greatest loves after family were music, books and car restoration, He won several awards for his works. Visitation will be Tuesday, February 16, 2016, 6:00-8:00pm, at Greenlawn Funeral Home North. Funeral service will be Wednesday, February 17, 2016, 1:00pm, also at Greenlawn North. Interment will be in Brighton Cemetery.