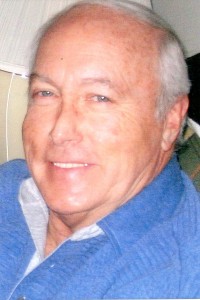 Roger Boedecker was born into the family of Joe and Opal (Wilks) Boedecker on October 23, 1944, and he joined his heavenly home on August 12, 2015. Roger grew up in Monett Missouri and graduated from Monett High School in 1962. Roger attended SMS for two years before he married Anita Lambeth on May, 28, 1965.
Roger loved the lord and was a member of South Gate Baptist. He loved playing golf, bowling and playing pool, and his greatest joy was coaching his sons and grandchildren’s baseball and basketball teams. Roger retired from Associate Electric in 2002 after being employed 30 years.
Roger is preceded in death by his parents. He is survived by his wife, Anita; his daughter, Tami Freeman of Republic; his son, Kevin of Springfield; and his grandchildren, Kyla, Gunnar, Noah, Riley, and Kacie.
Visitation will be held Friday, August 14, 2015 from 6-8 p.m.in Greenlawn Funeral Home South. Services will be held Saturday, August 14, 2015 at 11 a.m. at the funeral home. In lieu of flowers, memorial contributions may be made to The Alzheimer’s Association.