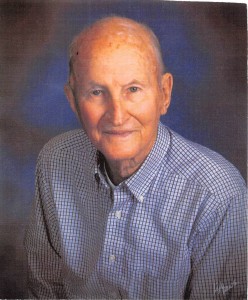 Roger M. Balsters, 84, passed away February 25, at Springfield Rehab and Health Care Center. He was born in Winfield, Kansas, in 1932, and was raised in Coffeyville, Kansas. His parents were Norman and Helena Balsters. During his youth, he became an Eagle Scout, was on the high school golf team, played the clarinet in the band, and did minor clock repair for his father after school. After serving 2 years in the US army, he graduated from Tulsa University in 1955. He married the love of his life, Mary Oleta Worden, whom he had met in the TU Band where they both played the clarinet.
Roger worked for over 25 years for IBM as an account specialist. After retiring, he and his wife enjoyed traveling in their Airstream with other members of the Wally Byam Caravan Club. He enjoyed spending time outdoors fishing, hiking, and gardening. He was active in his church and went on mission trips to Mexico, as well as helping with building projects for other churches. Roger loved going to games and concerts and encouraging his grandchildren in whatever they were involved in. He spent many mornings with his good friends drinking coffee and talking at McDonald’s.
Roger was a born-again Christian and let us know that he was ready to go to be with the Lord.
He was preceded in death by his wife of 50 years, Mary. He is survived by his children, Sylvia Helterbrand (Jim), Brad Balsters (Sandy) and Cindy Reusser (Karl). He has 10 grandchildren: Christopher Balsters (Amy), Hannah Gaunt (Matt), Rebecca Norman (JP), Noah Helterbrand (Julie), George Reusser (Alison), Elizabeth Merriman (Jared), Jacob Helterbrand, David Balsters, Bradley Balsters, and Stephen Helterbrand. There are also 8 great-grandchildren.
Visitation will be Sunday, Feb 28, at Greenlawn South Funeral Home from 6 – 8pm. A funeral service will be held at 10am, Monday, Feb 29, at Evangel Temple, Springfield. Burial will be in Memorial Park Cemetery, Tulsa, OK.