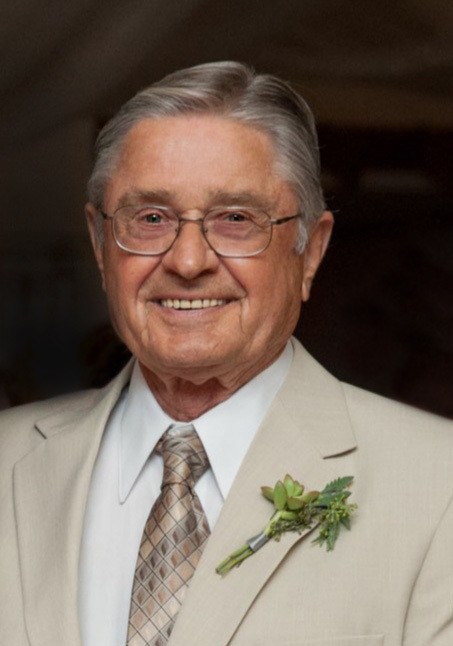 Roger Norman Edney 83, of Blue Eye Missouri, went to be with the Lord Saturday, October 13, 2018 in the comfort of his home surrounded by family. God graciously answered our prayer for victory over his courageous four year battle with cancer! Roger was born December 30, 1934 to Arthur and Doris Edney in Hamilton, Ontario.

Roger is survived by his beloved wife of 60 years, Dorothy, daughter Lynn Edney of Albuquerque, NM, sons Ross Edney and wife Heather of Logan, IA, Steve Edney and wife Carol of Springfield, MO, sister Sylvia Cote and brother Hubert Edney both of London, Ont., ten grandchildren, nieces, nephews and extended family. Roger was a loving and faithful husband, father, grandfather, and friend to so many. He was preceded in death by his parents and younger brother Peter Edney.

Roger had a fierce determination to succeed in life starting at an early age. He was a voracious learner who never stopped acquiring knowledge in a wide variety of areas that piqued his interest. He found the love of his life in Hamilton, Ontario in 1956 and together they began their great adventure across the Canadian border into the United States. His love of motorcycles led him to ultimately own Harley-Davidson dealerships in Youngstown, OH and Denver, Colorado. Colorado became home for their growing family for the next 25 years. They then retired to the Branson, MO area where they have enjoyed another 25 years on Table Rock Lake.

His gift of service was used throughout his life to communicate his love to family, friends, neighbors, and total strangers. There was little he couldn’t fix and no issue he couldn’t resolve. If he wasn’t washing your car or fixing your faucet, he could be found in the kitchen cooking each person’s breakfast individually or baking the perfect loaf of “grandpa’s bread”. His care for others expanded beyond his family to orphans in Haiti and to those needing a hand up to succeed in life. He leaves behind many ‘Roger-isms’ that are too great to catalogue, but the wisdom and humor contained therein will live on in the lives impacted by them.

Arrangements are under the direction of Greenlawn Funeral Home in Branson.