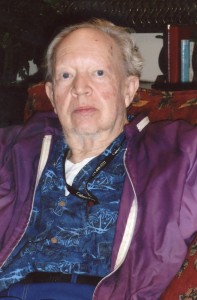 Ronald Joe Plummer, age 81, of Springfield, MO., passed away in Mercy Hospital on November 4, 2015. Ronald was born May 17, 1934 in Reeds Spring, MO, to Frank and Ernestine Alice (Smith) Plummer.
He was raised in Reeds Spring, and graduated from high school there. He served in the United States Navy from 1952 to 1960. After the Navy he settled in Springfield, beginning his lifetime career with the United States Postal Service in 1964. He suffered a debilitating stroke following retirement and struggled with health problems the last few years. He and his mother were long time members of Westminster Presbyterian Church. He faithfully cared for his mother in his home until her passing in 2006. He is preceded in death by both parents, and is survived by several cousins and many friends.
Thanks to the Staff and Care Givers at Culpepper East for their loving care and attention to Ronald for the past several years.
Funeral services will be on Monday, November 9, 2015 at 10:00 am in Greenlawn Funeral Home South with Pastor Ellen Brantley officiating, with the burial following in Yocum Pond Cemetery, in Reeds Spring, MO., with full military honors. No formal visitation, but family and friends may sign the guest book at the funeral home anytime Sunday, November 8, 2015.