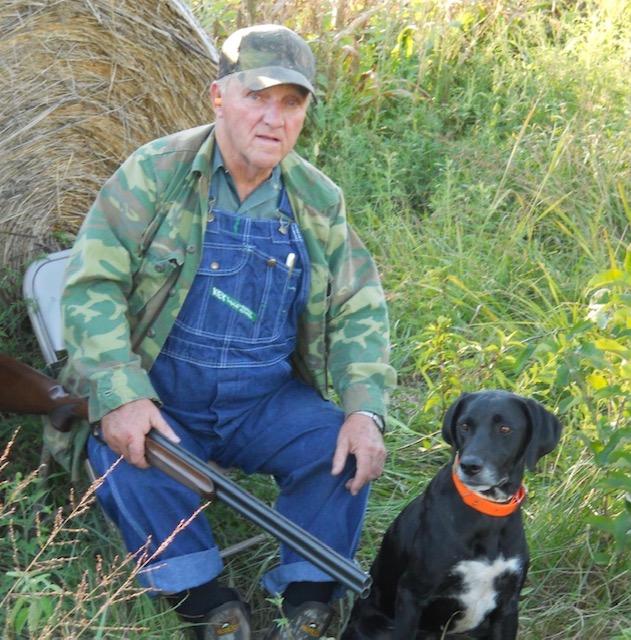 Roy ‘Gene’ Ashley, 89, Omaha, Ark
A Celebration of Life service for Gene Ashley, age 89, of Omaha, will be held at 11:30a.m. Monday, September 28, at New Hope Baptist Church at Omaha, with Brother Freddy Blevins and Brother Gary Sloan officiating. Burial will be at 1p.m. Monday, September 28, at the Denver Cemetery, under the direction of Greenlawn Funeral Home in Branson, Missouri.
He died Thursday, September 24 (2020) in his daughter’s home in Walnut Shade, Missouri.
He was born May 23, 1931, in Carroll County, Arkansas, the son of Harry Wayne and Fallie Ashley. He was a retired USPS employee and proud Army Veteran having served in France during the Korean War. He was a deacon of New Hope Baptist Church in Omaha. He enjoyed fishing and was an avid quail and pheasant hunter and loved training birddogs. He was united in marriage to Mary Lou (Mahler) on December 25, 1953 in Burlington.
Survivors are his daughter, Gail (Ashley) Burkhart and husband, Toby, of Walnut Shade; his twin brother, Joe Ashley, of Kansas City, and one grandson, Hunter Burkhart, of Walnut Shade.
He was preceded in death by his parents and wife, Mary Lou, and sisters Lorene (Ashley) Breeding and Carthel (Ashley) Bergman and one brother, Ross Ashley.
Visitation will be from 10:30a.m. – 11:30a.m. Monday, September 28, at New Hope Baptist Church in Omaha, Arkansas.