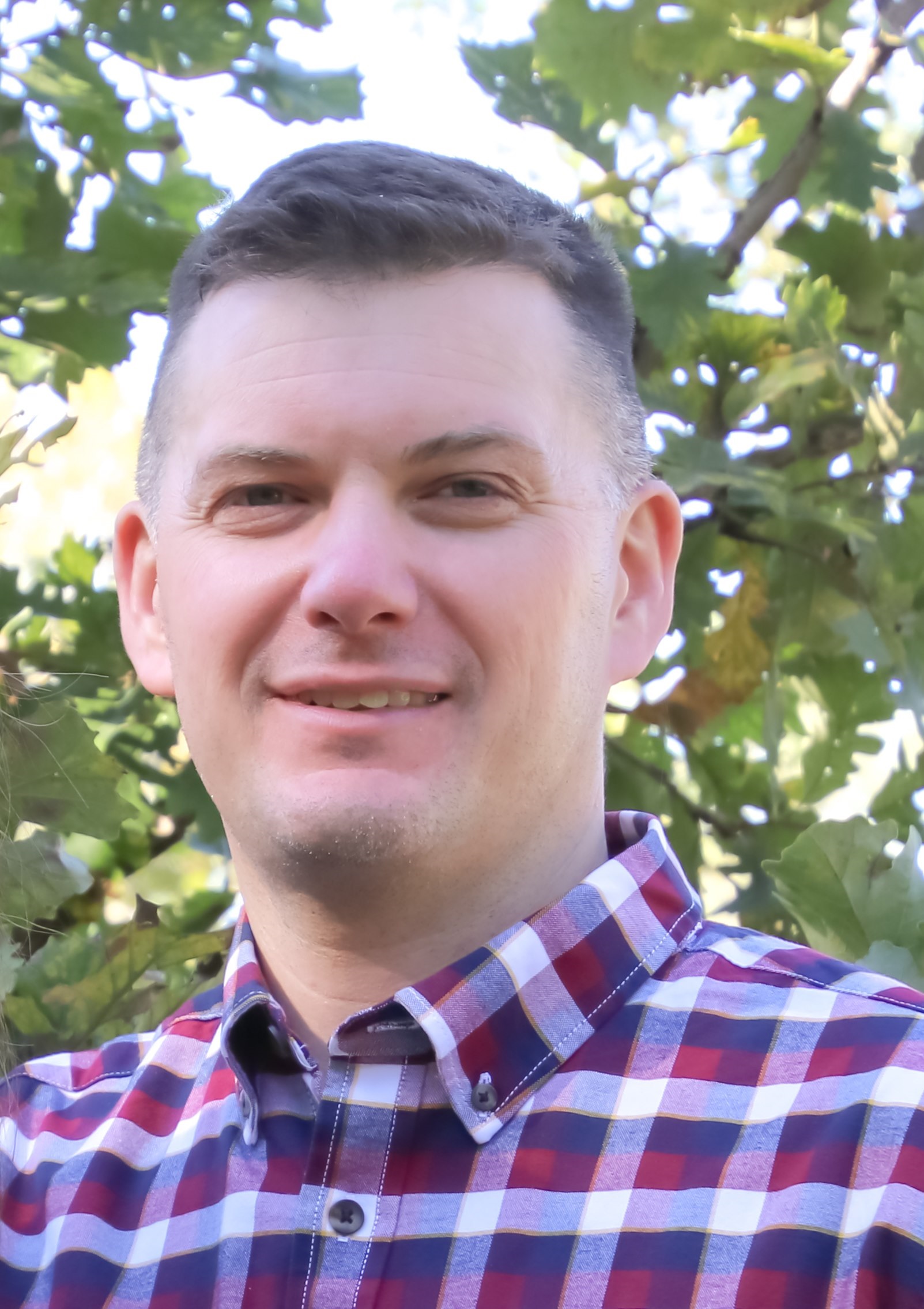 Russell Bryant Jones passed away July 7, 2020 at the age of 45 of a heart attack while canoeing in Ely, MN on the Boundary Waters with three of his four sons.

Russell was born July 15, 1974 in Fort Lewis, Washington to Dennis L. and Jennie Cox Jones, and was their first child. He spent his childhood in Livingston and Great Falls, Montana, Fort Gordon, Georgia, Fort Leonard Wood and Springfield, Missouri. In the past two years, he has been preceded in death by his grandparents: William and Donna Jones and Bryant and Deone Cox, as well as his father-in-law Wade Oberhansly. He is survived by his wife, Kim Oberhansly Jones and children Britni, Spencer, Weston, Carson and Logan, his parents Dennis and Jennie Jones, his siblings Brad (Rebecca) Jones, Daniel (Jennifer) Jones, Rebecca (Joseph) Holmes, Angela (Randall) Hatch, Kimberly Jones, as well as 18 nieces and nephews.

Russell attended Willard High School in Willard, MO where he excelled in music. He was in the marching band, the jazz band, the concert band and played the guitar in several musicals. He was an avid guitarist and singer and was mostly self-taught. He sang and played his guitar on many occasions and during his youth had a band with his brothers and friends. As a father, he shared his love of music and bonded with his children through that love. They would often play music together and even performed together a few times. Russell was never happier than when he could make music with his kids.

Russell was a life-long active member of The Church of Jesus Christ of Latter-day-Saints. He served a two year mission for the Church in Guatemala in 1993-95 and served in many positions in the Church throughout his life. He became an Eagle Scout when he was 17 and shared his love of Scouting with his boys. He had great faith in God and a testimony of the Atonement of Jesus Christ and was always looking for ways to serve others.

Russell and Kim met at church in the singles branch in 1996. Russ had already committed to an active duty enlistment with the Army. After they started dating in December of 1996, Russ decided to change his enlistment to the Army Reserves. They were engaged on Valentine’s Day 1997 and Russ left for basic training on St. Patrick’s Day. He completed his army training in October and they were married in the St. Louis temple on November 7th, 1997.

Russell earned a Bachelor’s degree in Computer Information Systems at Missouri State University and spent his career in this field. He worked for American National Insurance Company for 14 years as a Systems Programmer. He then became an independent contractor working as an IT consultant on government contracts in Philadelphia, New Jersey and Virginia.

Russ was a Chief Warrant Officer (CW3) in the United States Army Reserves. He served for over 23 years, most recently with a Cyber Security Detachment in Virginia. He has been deployed to the Middle East twice during his military career. First to Kosovo in 2000, and then to Kuwait in 2010, leaving his family for a year at a time on each occasion.

Russ really enjoyed the outdoors, spending time with his family camping, hiking, boating, biking, fishing, and taking his kids on backpacking trips in the areas surrounding Springfield. He loved anything that would challenge him physically. He loved working with his hands, fixing or repairing broken things around his home. He loved always having a project to work on.

Russell’s sense of humor and easy going attitude, as well as his humility and selflessness, won him many friends throughout his life. He was so fun to be around and would often make jokes with a sense of humor many found simultaneously unexpected and hilarious.

Russ was a devoted husband, father, son, grandson and brother to his family. He always gave his best effort, no matter the circumstance. We feel Russ has left so much unfinished work here but we know that Heavenly Father has a greater plan for us all.

We have great faith that he is enjoying the company of both his grandparents and in-laws, as well as many other family members in the spirit world. He left a great example and legacy that will live on through his family for years and generations to come.