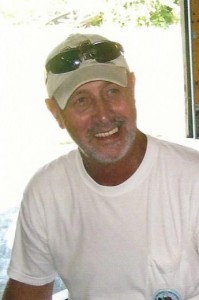 Samuel Joseph Deckard age 67 passed peacefully Saturday, May 2nd at Mercy Hospital with his daughters Leslie and Lisa, son Josh and wife Debi by his side.
A native of Strafford Mo, Sam was born to Arthur and Claudine Deckard on September 21, 1947. Preceding him in death were his parents, one sister Alta Beezley, and 3 brothers Riley Deckard, George Deckard and Clyde Deckard.
Sam is survived by his wife of 32 wonderful years Debi (Mahurin) Deckard of the home, and children Leslie and Ed LaBellarte of Nixa, Lisa and Luen Fisher of Ozark, and Josh Deckard of Springfield, his two amazing grandkids Lauren and Jake LaBellarte of Nixa, his brother Robert and wife Carol Deckard of Strafford, his sister-in-law Jeanne and husband Ken Selby of Rogers, Ar., brother-in-law Bill Mahurin of Strafford, and brother-in-law Larry and his wife Carolyn Thornton of Strafford, plus numerous nephews, nieces, and cousins. Sam also leaves behind many very good friends and a very special friend Don Holdway and his wife Dorothy of Springfield.
Sam is also survived by the Nurses and Patient Care Associates at Mercy Hospital, Oncology Floor 7D. Due to his illness Sam spent a lot of days and nights at Mercy and he cared very deeply for each and every one who so compassionately cared for him. Because of their vast medical knowledge, skills and extremely kind and loving ways our time with Sam was extended. Sam never dreaded the hospital visits because they made him feel like he was home.
Sam spent his adult life on the road driving for Consumer Markets then Associated Grocers before retiring in 1997. After retiring he began restoring antique tractors and recently gifted one each to his 3 kids. He tried to never miss a tractor pull or a tractor ride. His favorite days were sunny days, spent on one of the tractors slowly driving throughout the county with his many friends. Sam was an active member of the Southwest Early Day Gas Engine Tractor Association- Branch 16 and attended Northside Christian Church.
We will celebrate Sam’s life with visitation on Tuesday, May 5 from 6:00 p.m. to 8:00 p.m. and funeral services on Wednesday, May 6 at 2:00 p.m. both at Greenlawn Funeral Home East, with burial to follow at the Shiloh Cemetery.