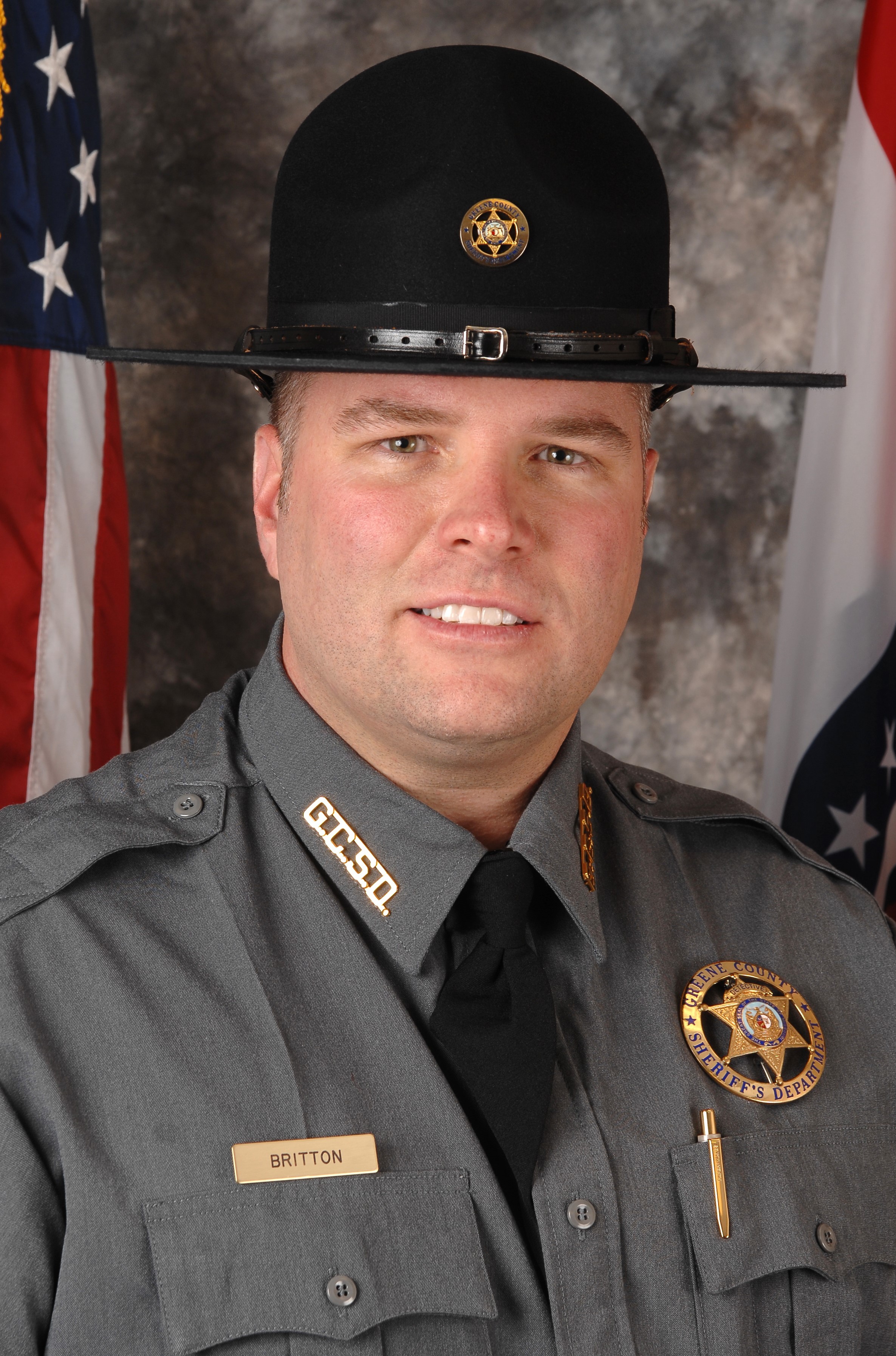 Scott Eugene Britton, born February 2, 1973, left this world on October 24, 2019. After a courageous battle, he is now celebrating a life free from cancer with his Heavenly Father.
Scott was born in Springfield, MO to Gary and Jinny (Wright) Britton. He was a 1991 graduate of Parkview High School and a 1994 graduate of the Drury Law Enforcement Academy.
Scott spent his entire life in service to others. His professional life was dedicated to the communities that he served, including the Branson Police Department, Springfield Public Schools, Greene County Sheriff’s Office and the Mid-States Organized Crime Information Center (MOCIC). When he wasn’t serving his community, he enjoyed hunting, competition BBQ and spending time with his family. While Scott was not fortunate to have a biological sister, he was blessed with a sister-by-choice, Ashley Paris, whom he loved very much.
Scott was preceded in death by his grandparents, Loyd and Genevia Britton and Adrain and Josephine Wright. He is survived by his wife, Mandy Britton; his two daughters, Emily Britton and Lindsay Britton; his stepson, Jonathan Pardoe and his stepdaughter, Maura Pardoe; his parents Gary and Jinny Britton; and his brother Gary Shane Britton and his wife Beth and several cousins, nieces and nephews.
In lieu of flowers, the family is requesting donations be made to the Scott Britton Family Benefit Fund. Donations collected will be distributed between two causes very close to Scott’s heart: the Missouri Law Enforcement Funeral Assistance Team and The Gambia Well Project 2020.
Visitation will be held Sunday, October 27 from 4:00pm-8:00pm at Greenlawn East Funeral Home, 3540 East Seminole, Springfield, MO 65809. The funeral will begin at 11:00am on Monday, October 28 at River Bluff Fellowship Church, 2655 East Evans Road, Ozark, MO 65721.