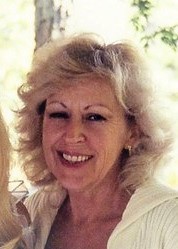 Sharron Dian Pfeifer 72, Springfield, Mo. passed away Tuesday, February 12, 2019, after a long courageous battle with cancer. Dian, as she was affectionately known, was born on May 27, 1946, in Nashville, Tenn. and had been an area resident for many years. She was a homemaker, who enjoyed having fun and spending time with her family.
Dian was preceded in death by her birth parents, a son, Shad Calloway Pfeifer, and her special parents: Herman and Ruby Gaddy. Survivors include her daughter, Stepheny Lunn and her husband, Donavon, three grandchildren: Davin Lunn, Brynlee Lunn, and Chandler Pfeifer. She is also survived by several half-sisters.
No services or burial are planned at this time. Cremation is under the direction of Greenlawn Funeral Home North. The family asks that you celebrate the life of Sharron Dian Pfeifer in your own special way