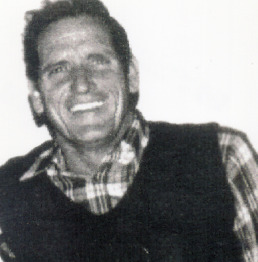 Shirl Eugene Rowden, age 83, of Fair Grove, Missouri. Born on December 27, 1936 and passed on February 20, 2020 surrounded by his family. Born to James Hobart Rowden and Essie (Stokes) Rowden, he was one of 12 children. He is preceded in death by 5 brothers and 4 sisters. Shirl held a variety of jobs but was primarily self-employed. He accepted Christ in March of 1969. Shirl loved gardening, music, square dancing, woodworking and laughing. His favorite thing to do was to tell jokes and leave everyone with a smile.

He is preceded in death by his parents, 5 brothers and 4 sisters. He is survived by his 5 children and their partners: Rick and Hazel Rowden, Ron and Tina Rowden, Randy Rowden and Virginia Allen, Rodney Rowden and Tiniki Pyle, Lance and Regina Pearce. 7 grandchildren: Shane Graham, Curtis Rowden, Craig and Veronica Rowden, Kelsey Rowden, Cole and Stephanie Pearce, Taylor Rowden and Jessica Pearce and 2 great-grandchildren, Liam and Oliver Rowden as well as 2 sisters and their spouses: Phil and Shirley Ann Macey, Dale and Blanche Davis and various family members.

Visitation will be on Tuesday, February 25th from 1-2pm at Greenlawn Funeral Home North followed by a graveside service at Bass Chapel at 2:30pm.