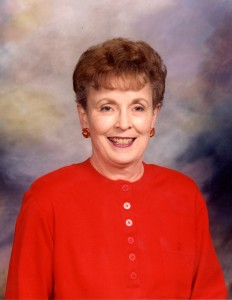 Shirley Brunsman, 82, of Springfield, MO passed away on June 1, 2015. Shirley was born on January 23, 1933 in Charles City, IA. She graduated from Charles City High School in 1950 and was a long time resident of Charles City. She worked for a number of local businesses, including Salisbury Laboratories, Vocational Rehabilitation Center, and White Farm Equipment. She also served as an executive assistant to the mayor and the city engineer for many years before retiring.
She was preceded in death by her father, Lyman in 1973; her mother, Lucille in 1986, and her husband, Louis in 1986. She is survived by her children, Steve (Dana) of Springfield, MO; Jim of Sacramento, CA; Greg (Chris) of Fair Oaks Ranch, TX; and Tony of Sacramento, CA; three grandchildren, Zac Brunsman of San Antonio, TX; Jenna Vineyard of Hutto, TX; and Stephanie Preuss of Boerne, TX; two great-grandchildren, Jay Vineyard and Bailey Preuss; and two sisters, Barbara and Diane.
There will be a memorial service on Thursday, June 4, 2015, at 10:00 AM in Greenlawn Funeral Home South 441 W. Battlefield, Springfield, MO 65807.