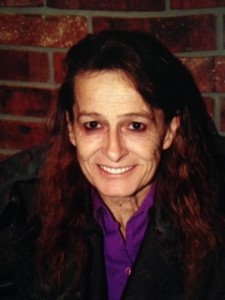 Shirley Darlene Mayberry, age 64, of Springfield, MO, passed away Sunday, September 13, 2015 at Mercy hospital. She was born September 27, 1950, in Springfield, MO, to Linville and Catherine (Burke) Deckard, the 6th child of 13 children.
Shirley loved her children, grandchildren and family gatherings. Shirley’s boys meant the world to her. She was a great cook and a hard worker. Shirley would rise to the occasion to help family or friends in need. Shirley had a great sense of humor and could make you laugh without saying a word. She never met a stranger. She would stand on her head to make you laugh. Shirley loved pulling pranks, all in good fun. She had a no nonsense way about her, but also genuine, sincere and honest.
She was preceded in death by her husband, “Ted” Carl Wayne Mayberry, parents, Linville and Catherine Louise Deckard; son, James Darrell Corneilson; five brothers, Rennie Deckard, Terry Deckard, Dale Deckard, Darrell Deckard, and Mickey Deckard; one sister, Linda Woodruff.
She is survived by six sons, James J. Deckard, Norwood, MO, Joel Deckard, Jeffrey Deckard, Josh Mayberry, Jason Mayberry, Justin Mayberry, all of Springfield; seventeen grandchildren and four great-grandchildren; two brothers, Jerry Deckard and Tim Deckard; four sisters, Virginia Woodruff, Kay Moomey, Joyce Wallis, and June Deckard.
Visitation will be held at 12:00 p.m. on Thursday September 17, 2015, in Greenlawn Funeral Home North, Springfield, MO with Toby Sanders, officiating. Graveside services will be following at 1:00 p.m. in Greenlawn Memorial Gardens, Springfield, MO. Online condolences may be made at www.greenlawnfuneralhome.com.