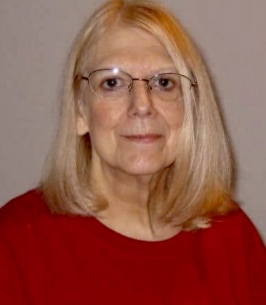 Sondra Jean Vise 69, Strafford, MO. passed away peacefully in her home, on February 23, 2020. She was born in Springfield, MO. on May 12, 1950, to James and Betty (Freeman) Brooks. She was a homemaker and in her spare time, she enjoyed collecting dolls, painting, enjoyed doing stained glass, and rooting for the St. Louis Cardinals and the Kansas City Chiefs. Her family and especially her grandchildren were the light of her life.
Sondra was preceded in death by her father: James R. Brooks, her husband, Victor Vise, her son, Michael Vise and her sister, Janet lee Vermillion. She is survived by her mother, Betty Brooks, her daughter: Michelle Vise, her grandchildren: Garrett Jackson and McKenna Jackson, her brothers: Jerry Brooks and his wife, Sherry, and James E. (Butch) Brooks, and his wife Karen, her sisters: Vicki Kelchner and her husband, Doug, Kathy McBride and her husband Ron, and Lori Martin, along with many nieces and nephews, other relatives and close friends.
Memorial services will be at 3:00 p.m. Friday, February 28, 2020, at Greenlawn Funeral Home North. Burial will be at
a later date. Memorial donations may be made to the American Kidney Fund; 11921 Rockville Pike, Suite #300, Rockville, MO. 20852, or may donate online at kidneyfund.org