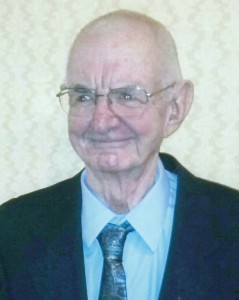 Dr. Steve Edwin Davidson entered the kingdom of heaven on January 22, 2016 after a long illness. He was born on July 2, 1930 to Robert Barney Davidson and Daisy Lela Davidson in Moore County, Texas. He will be remembered as not only a brilliant man but as a loving husband, father, and friend.
He was a charter member of Evangel Temple Assembly of God in Springfield Missouri. He retired at the rank of Colonel from the U.S. Air Force after serving many years in the reserves. After completing his doctorate at Texas A&M, he worked in Washington D.C. for almost three years. Ultimately, he accepted a position to become a professor for the Biology department at Evangel University. That is where he found his perfect career. He was a comsummate teacher and was passionate about imparting his knowledge to the many students he mentored and taught. He was always willing to go the extra mile to help everyone he knew to succeed in life.
In 1953 he married Norma Jean Brookreson, who preceded him in death. Survivors include one son; Mark Davidson and wife Dona, two daughters; Trudy and husband Ray Shaw, Carol and husband David Osborne. He is also survived by eight grandchildren, and four great-grandchildren. Five brothers and two sisters, and numerous nieces and nephews.
Funeral services will be Tuesday, January 26, 2016 at 10:00 a.m. in Maranatha Chapel, 233 East Norton, Springfield, MO with visitation 9 to 10 a.m. before services at the Chapel. Burial will follow in White Chapel Memorial Gardens. In lieu of flowers, memorial contributions may be made to the Steve and Norma Davidson endowd scholarship fund at Evangel University, in Springfield, MO