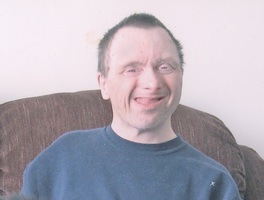 Steven Dwight Kesterson, 62, of Springfield, Missouri passed away on February 26, 2020 at Cox Medical Center. He was born on April 12, 1957 to Kenneth and Wilma Jean Kesterson in Springfield, Missouri. Steven truly enjoyed spending time with his entire family, eating potatoes and gravy from KFC and watching Sci-Fi movies as well as Star Trek. Steven always enjoyed a good party!

Steven is preceded in death by his father, Kenneth. He is survived by his mother, Wilma Jean; his brothers, Randy and his wife, Sandy and Rick and his wife, Mary; his nieces and nephews; Corey (Sierra), Mason, Garrett, and Dalton. Steven is also survived by his great-nephew, Briar Kesterson as well as his numerous cousins.

Funeral services for Steven will be on Sunday, March 1st at 2:00 pm at Greenlawn Funeral Home North with a visitation starting at 1:00 pm. The burial will be on Monday, March 2nd at 1:00 pm at Danforth Cemetery near Strafford. 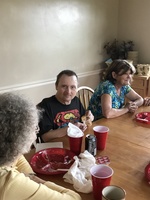 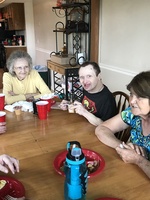