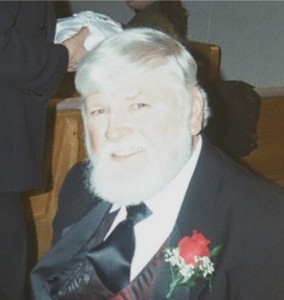 Steven Michael McGuire, 61, Springfield MO went to be with the Lord Sunday, December 6th, 2015.
Steve was born to Robert L. and Ethleen McGuire on October 7th, 1954 in Louisville, KY. Steve was a retired truck driver. He made a friend out of nearly everyone het met. He loved the outdoors, was an avid deer hunter with several trophy bucks, and always had a good story to tell. He loved to garden, and was always distributing his harvest to family and friends. Steve is proceeded in death by his father Robert Lee McGuire, and Mother-in-law Pansy Jo Spencer. He is survived by wife Carol Janine Spencer McGuire, Three children (Steven A. McGuire & (Julie), Chrystal Williams (Doug), Ashley Austin (Blake), Eight Grandchildren, Four siblings Robin McGuire (Kim), Patrick David McGuire, Sue Neel (Johnny), Tina Pace (Dino), and numerous other family and friends. Rest in peace, until we meet again.
A memorial service will be held on Saturday December 12, 2015 at 3:00 pm in Greenlawn Funeral Home North.