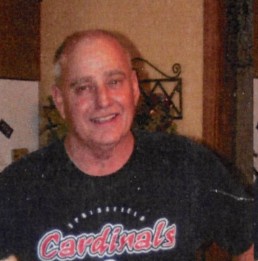 Born to Loma and Julius (Sonny) Richardson on May 31, 1951. Steve spent his childhood in Greensburg, Kansas; he lived in California and Arizona before moving to Springfield 27 years ago.

Steve loved to Bass fish. He spent every minute he could out on the lake. He also enjoyed cooking, being with his four grandkids and talking with friends – no one was a stranger to him.
Steve was well known for his kindness and loving heart, his quick with and wonder sense of humor, his jokes and his storytelling skills. He made people smile wherever he went.

He is survived by his wife Jacki, son Shane and wife Chandra, and grandkids; Melody and husband Jonathan, Martz, Kara Leeper, Lakin Richardson, Oakland Richardson and great-grandson Beckham Martz, mother Loma Richardson, sister Barbara and husband Ken Rankin, six nephews, three nieces, multiple great nephews and nieces and a host of other family and friends.
He was preceded in death by his grandparents Winnie Bailey, Dewey and Mary Richardson, his dad Julius (Sonny) Richardson and his older brother Don Pugh.

A memorial service for Steve will be announced at a later date.
In lieu of flowers donations can be made to the Springfield American Lung Association.