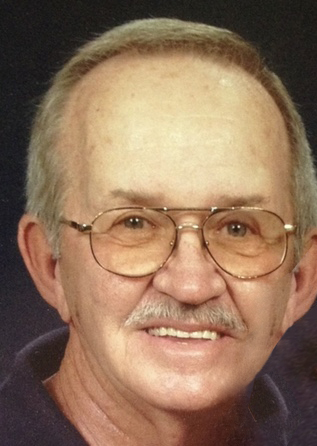 Teddy Leo West, 82, Springfield, died Saturday, November 17, following a long battle with Alzheimer’s. Ted was born November 8, 1936 in Springfield, Mo. to Leo and Lillian West, who preceded him in death. He attended Pipkin and Study Schools as well as Central High School. He married Carol (Gibson) on May 29, 1954.
Ted was one of the pioneers of fastpitch softball in Springfield. He played from 1956 to 1971, most notably for Barnes Store, Empire Bank and the News & Leader Parrots. His teams qualified for numerous state tournaments. He was inducted into the Springfield Amateur Softball Association Hall of Fame in 1997.
He was also an avid golfer and fisherman. Ted won many bass tournaments in the 1970s and ‘80s, fishing Table Rock, Stockton, Bull Shoals, and Pomme de Terre Lakes. He loved playing golf at Horton Smith and Deer Lake with his many friends.
Ted’s work career included stints in the mail room of the News & Leader from 1966-84, boat sales at Walt’s Boats & Motors 1984-87, and his own business, T&L Boat Sales, from 1989-97.
In addition to his parents, Ted was preceded in death by a brother, Paul West. He is survived by his wife of 64 years, Carol, and three children and their families, Brenda Smith (Ed), Rhonda Parker (Greg), and Don West (Tammy); six grandchildren; one step-grandchild; four great-grandchildren; and eight step-great-grandchildren. He is also survived by a sister, Susan Kay Weston (Don), of Galena, Kan., and many nephews, nieces, and cousins.
A visitation honoring Ted’s life will be held Tuesday, November 20 from 6:00 to 9:00pm, with a short program at 6:30, at the Killian Softball Complex, site of the Springfield Softball Hall of Fame. Graveside services will be Wednesday, November 21 at 2:00pm at Maple Park Cemetery, Springfield. In lieu of flowers, please make donations to the Boys & Girls Clubs of Springfield.
The family would like to thank the staff of Wilson’s Creek Nursing & Rehab and Regional Hospice for their outstanding care of Ted. Special thanks to Bonus Frost and Jerry Taylor for being such good friends. Godspeed, PoPo..