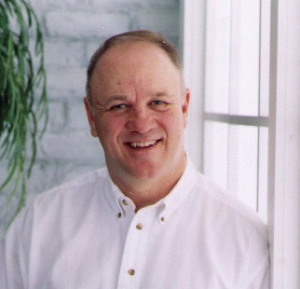 Terrance “Gene” Eugene Price, 69, Springfield, passed away peacefully after a long illness on Feb. 29, 2016 surrounded by his loving family. He was born August 26, 1946 in Orange, TX to Dillie Lorene Kingsley Price and Jesse Terrance Price. Gene was raised in San Augustine, TX living close to family where he made many lifelong friends. He graduated from San Augustine High School in 1964 and attended Baylor University where he earned a Bachelor’s degree in Business in 1968. Upon graduating from Baylor, Gene enlisted in the Army. Following Basic Training he went to Officers Candidate School and was commissioned in 1969. Gene was a Veteran who served his country faithfully in the United States Army for 22 years. He served in several overseas and stateside assignments. Gene retired as a Lieutenant Colonel in 1991. He earned several honors and medals including the Meritorious Service Medal 5th Oak Leaf Cluster. After his military career, Gene worked for Dayco Products in Training and HR for 10 years. In 2002, he started Gene Price Recruiting, an executive recruiting business, which he operated until he became ill in 2011. Gene was also a member of the Springfield chapter of the Society for Human Resource Management. Gene loved the Lord and loved his family. He was kind, generous, and compassionate. He was the spiritual leader of his family and a loving husband, father, and grandfather. Gene was an active member of Second Baptist Church in Springfield, MO where he made many Christian friends with whom he will share eternity. Throughout the years in various churches, he taught Sunday School class, sang in the choir, was a mentor, and ministered to many. Gene is preceded in death by his beloved parents, Terrance and Lorene Price of San Augustine, TX. He is survived by his wife, Lisa of Springfield; son, Andy Price and his wife, Lisa of Frisco, TX; son, Sean Price and his wife, Jill of Keller, TX; daughter, Amy Melson and husband John of Springfield MO; and 5 grandchildren: Pierce, Grayson, Owen, Wade and Lexi Price. Visitation will be on March 6th from 2:00-4:00. Funeral services will be on March 7th at 12:30. Services will take place at Greenlawn East Funeral Home. Burial service will take place at the Missouri Veterans Cemetery in Springfield.