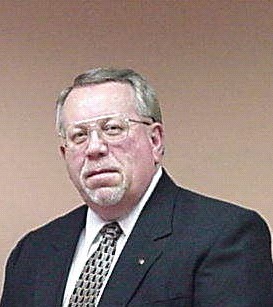 Terry Don Patterson of Springfield, Missouri, passed away peacefully on March 6, 2021. Terry was born on April 3, 1949 in Springfield and lived in Pleasant Hope, Missouri throughout his school years. He graduated high school in 1967 and went to Southwest Missouri State graduating in 1972 with a degree in Business Management. Terry completed Army ROTC with a minor in Military Science and was commissioned as a 2LT Artillery officer. Terry served in 3rd BN 75TH FA Army Reserve unit from 3 June 72 through 20 May 84 leaving the reserves as a Captain.

Terry had a lengthy career in banking starting with a position in Citizens Bank as a freshman in college and continuing for a total of 23 years in a number of management positions becoming Vice President – Manager of Security and Compliance for Commerce Bank. Terry then served 20 years at Ozark Bank as BSA, Security, and Cashier officer positions retiring in 2011. Terry was a past member of Masonic Lodge Gate of the Temple. Terry enjoyed meeting people, helping people, and he volunteered for numerous civic causes.

A Celebration of Life will be held at Greenlawn Funeral Home North on Tuesday, March 23, 2021 from 6:30 p.m.-8:00 p.m.  A private graveside service will be scheduled for Terry at a later date. Donations to honor Terry may be made to the American Heart Association.