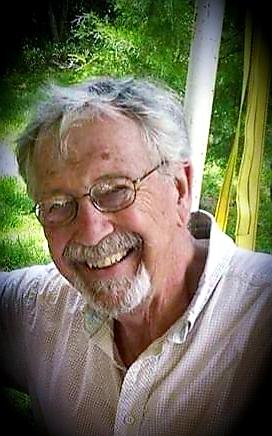 Graveside Services with full military honors will be at a later date under the care of Greenlawn Funeral Home East.

Terry Wayne North was born October 8, 1947 in Grand Island, Nebraska to Ruby (Durham) and Carl E. North Jr. He passed away on April 11, 2020 at age 72 in Springfield, MO surrounded by his wife and daughters.

He graduated from Newkirk, Oklahoma in 1965. He attended Northern Oklahoma College for a short time before joining and serving in the United States Air Force between 1966 and 1970. He served in Vietnam and Germany and while stationed in Europe he traveled extensively in his Volkswagon camper.

Terry met Sheila Trammel on January 8, 1993. They were united in marriage on June 12, 1993 at Pearl Harbor, Hawaii. The world changed for Terry and Sheila as they came together and families were joined.

He accepted the Lord as his savior and was baptized in 1973. Terry and Sheila attended Crossway Baptist Church for the last 13 years. Terry worked as a farmer, carpenter and spent 22 years as a correctional officer for the Bureau of Prisons to which he retired in 2002.

Terry was an avid collector and had anything you could think of and if anyone needed anything he likely had it and was always willing to help. He enjoyed spending time at the lake. He loved to travel and visited multiple countries and almost every state.

He was a loving husband, father and grandfather and a friend to all. He was the most caring, kind, sweet man. A gentle giant to so many. He loved his family and friends and it was important to him to make memories and spend time together. He loved family gatherings and always had the most unique toys; something for everyone. He would set up bounce houses, shoot off a very loud cannon, set up a garden train set, and would always conclude the gathering with snow cones and cotton candy. He was truly a special man.

He is survived by his wife Sheila of 26 years; six children, Teresa (North) Coursey and husband Allan of Hurley, MO,  Andrea (North) Makoski and Steve of Republic, MO,  Pamela (North) Tichenor and husband Brandon of Crane, MO, Hope Sickmeier of Ashland, MO, Holly Gieseke and husband Dan of Columbia, MO, Chad Ledgerwood and wife Rachael of Kansas City, MO; 15 grandchildren and 4 great grandchildren; a brother James North and wife Mary of Sand Springs, OK, a sister Connie Kisner and husband Mark of Hurley, MO; a number of nieces and nephews, other relatives and many friends.

He was preceded in death by his parents, Carl and Ruby North and his brother Col. Warren W. North.

Graveside Services with full military honors will be at a later date under the care of Greenlawn Funeral Home East.