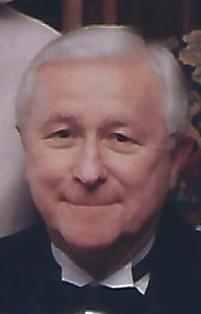 Dr. Tom Sweeney died on December 9, 2019 after a long battle with Alzheimer's. He was born on May 15th, 1934 in St. Louis, Missouri to Thomas Michael Sweeney and Emma Idell (Ruyle) Sweeney. After graduating from Cleveland High School, Tom worked as a tour guide in order to save money to achieve his dream of attending Washington University. He graduated from Washington University in 1961 and the University of Missouri School of Medicine in 1965. Tom also proudly served his country in the US Navy.

In the late 60's, he moved with his family to Springfield to join the Springfield Radiological Group. During the next thirty years, he dedicated himself to his family, his patients, and to medicine. Tom was a member of the Greene County Medical Society, Missouri State Medical Association, the American Medical Association, the Radiological Society of North America, Civil War Round Table of the Ozarks, Greene County Historical Society, and Wilson's Creek National Battlefield Foundation.

After retiring from Mercy Hospital, Tom pursued his love of travel, fishing, and especially the history of the Civil War in the Trans Mississippi. Opening General Sweeny's Museum was truly a dream come true for Tom and Karen. Tom was unbelievably proud of the museum that they built. He was honored and humbled to share his knowledge with visitors from all over the world.

His passion for history led him to co-author two books. Portraits of Conflict, A Photographic History of Missouri in the Civil War with William Garrett Piston which was given the Missouri History Book award for 2010. His second book, A Scene of Horrors, a Medical and Surgical History of the Battle of Wilson's Creek was written with Kip A. Lindberg.

However, his greatest love was his family. He is survived by his wife of 40 years, Karen, his daughter Rose Suvino (husband Greg), his son Pat (wife Tara), and his daughter, Ronda Hein. Seven grandchildren, Dustin Schmidly, Ellie Jones (husband Mason), Hannah Grant (husband Mark), Conner Sweeney, Hudson Hein, Thomas Patrick Sweeney III, and Gemma Sweeney along with a great-grandson Trey Sweeney; brother-in-law Steve McDonald and sister-in-law Judy (Huntsman) McDonald. He is also survived by his godson, Justin Neal who shared his love for fly fishing. He was the favorite uncle to many nieces and nephews. He was preceded in death by his brother, Jacob Lubich, and his sister, Marie Goodpasture.

Since 2013, Dr. Sweeney spent time volunteering at the Charles F. and Joanne Knight Alzheimer's Research Center (ARDC) at the Washington University School of Medicine. In keeping with his generosity during life, after passing, his brain was donated to the ARDC's Memory and Aging Project, so others may continue to learn. The family requests no flowers, but donations may be made to Wilson's Creek National Battlefield Foundation at P.O. Box 8163 Springfield, Missouri 65801 and to the Knight Alzheimer's Disease Research Center at 4488 Forest Park Suite 101 St. Louis, Missouri 63108.

Visitation will be held Friday, January 24th from 5pm to 8pm at GreenLawn East Funeral Home. Memorial Service will be January 25th at 10am at Covenant Presbyterian Church.

The family extends heartfelt thanks to Dr. Dominic Meldi, Dr. Randy Halley, Mercy nurses on 4B, Seasons Hospice, and the nurses and care partners at Castlewood that made Tom's life so comfortable in his journey with Alzheimer's. We are forever grateful.