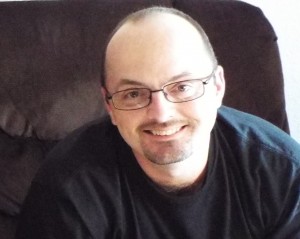 Timothy Lee Powell, 38, went to be with the Lord March 8, 2015. He was born December 5, 1976 in Springfield, MO. Timothy was an Army veteran of 7 years and fought in Iraqi Freedom assigned the initial invasion force and was among the first to enter into Baghdad. He repeatedly was sent to Iraq on four occasions and survived several life threatening operations. He received several awards for his courage and valor while under enemy fire.
After his Army duty he desired to drive truck because of the traveling and ability to work alone. He worked for Swift Inc. for his initial CDL qualification and moved to several companies until he found Anderson Transport Service (ATS) and with their partner Bruton Express where he worked as a Flat Bed driver. Driving semi-trucks was his passion. He was proud to be associated with several drivers from various companies and developed many friends. His motto “I’m a trucker for life,” was proven true over the past few days.
He never quivered about being a Christian after he received Christ as his savior at the age of eight. He was baptized at the First Baptist Church of Millington, Tn. He was vocal of his belief. He assisted many by use of the Bible and his learning over the years. Several truck drivers have been encouraged and appropriately discouraged by his attitude and the use of the Word of God.
He was loved by nearly everyone he met. His sense of humor and wittiness and desire to make people smile contributed to his acceptance by others. His patriotism and loyalty was staunch when it came to his country, his family, and his God and Savior, Jesus Christ. He was ready to help anyone that needed his assistance even without being asked.
Tim is survived by his mother and step-father, Donna Joyce Welch (Joyce) and LeRoy D. Welch of Columbia, MO; two daughters, Ivory Mae Powell age 10 and Ginger Lee Powell age 8; a son, Trevor Justin Powell age 6; his half-brother, Brian A. Welch of Columbia, MO; his step brothers, LeRoy D. Welch Jr. of Albemarle, NC and Scott E. Welch of Richmond, MO; and his step-sister Michele R. Carter of Demotte, IN; He was preceded in death by his sister, Kimberly Ann Powell.
A visitation will be held Thursday, March 12, 2015 from 6:00 – 8:00 p.m. at Greenlawn Funeral Home South. Services will be held Friday, March 13, 2015 at 12:30 p.m. also in Greenlawn Funeral Home South, burial will be at a later date in the Missouri Veterans Cemetery.
Timothy will truly be missed by anyone that developed a close relationship with him. He will be missed by his Church and of course his family members.
The old Dillons parking lot at 1707 W. Battlefield, Springfield, MO, just off of Kansas Expressway can be used to park big trucks, and transportation will be provided to and from the funeral home on Friday, March 13, 2015. Please call the Greenlawn Funeral Home South at 417-881-3000 for pickup.