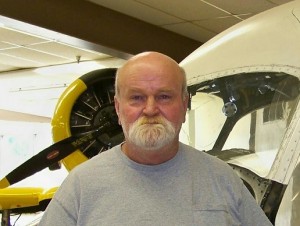 Tommy Lee Williams, 62 years old, Buffalo, MO Passed away at home on July 5th, 2016, after a battle with lung cancer. He was born on October 15th, 1953 inStillwater, OK, and was preceded in death by both parents, Lawrence Harvey Williams and Ruth Yvonne Baird.
He is survived by his wife Jill Williams, three children, Lori Canady and her husband Bo, of Maramec, OK? Cory Williams and his wife Crystal, of Stillwater, OK? and Danny Williams, US Navy, Norfolk, VA? a special nephew, Shane Roberts, his wife Cindy, and great nephew Cameron? five grandchildren, Kegan, Victoria, Zack,Laney, and Caden? brothers and sisters, Larry and Brenda Williams, Hooker, OK? Jean Williams, Ada, OK? Dwight and Myra Williams, Tulsa, OK? Mark and Kelley Williams, Cushing, OK. He was much loved by nieces and nephews from both sides of the family, friends, coworkers, cousins, and aunts and uncles.
His hometown was Cushing, OK, but he had lived in MO since 1992. He was a retired heavy equipment operator. His hobbies included flying, he was a small engine pilot, and woodworking. His home is filled with the furniture he built. Tommy was a member of the Church of Christ, and a staunch conservative.
A memorial service will be held at Greenlawn North in Springfield, MO at 1:00 pm, Saturday, July 30, 2016. Memorial contributions may be made to Fair Haven Children’s Home, 3132 N Fair Haven Loop, Strafford, MO 65757.