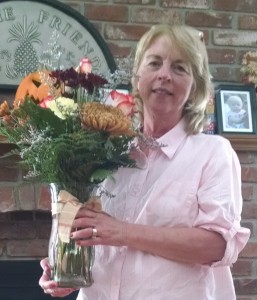 Trudy Ann Annin, 63, Springfield, MO passed away on Friday, June 5, 2015. Trudy was born November 2, 1951 in Springfield. She attended Parkview High School and Southwest Missouri State University. Trudy was a teacher for Springfield Public Schools. She was awarded Teacher of the Month. Trudy married Steven Annin on December 21, 1973 at Glenstone Baptist Church.
Trudy was preceded in death by her grandparents, her father Roy Martin, Jr., her step-father Bill Hall, father –in-law Gordon Annin, Sr., mother-in-law Maxine Annin, brother-in-laws, Gordon Annin, Jr. and Richard Annin.
She is survived by her husband Steve, 2 sons and their wives Justin (Christi) Annin, and Garett (Ammy) Annin. She is also survived by her 6 grandchildren; Cooper, Braden, Drew, Caleb, Trenton and Dawson, her mother Dora Hall, a brother, Gary (Tonya) Martin and sister, Lori (Bill) Persky, also survived by several nieces, nephews and many cousins. Trudy will be deeply missed.
Visitation will be from 6-8 p.m. Monday, June 8, 2015 in Greenlawn Funeral Home South. Services will be Tuesday, June 9, 2015 at 11 a.m. Burial will be in Hazelwood Cemetery. In lieu of flowers memorials may be made to the Glenstone Baptist Church Benevolence Fund.