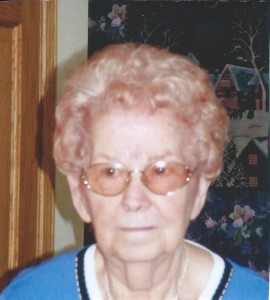 Funeral services for Velma Fern Hillhouse Barnett age 86 of Gainesville, Missouri a longtime resident of the Theodosia area will be held at 11:00 AM, Monday, June 27, 2016 at Salem General Baptist Church with Pastor Lynn Jennings officiating. Burial will follow in the Hart Cemetery at Dugginsville, Missouri under the direction of Greenlawn Funeral Home in Branson.
She passed away on June 21, 2016 at the Gainesville Health Care Center.
Fern was born on April 26, 1930 in Peel, Arkansas the daughter of Carless and Johnie Jordan Ingram. She was a homemaker and of the protestant faith. She was united in marriage to Harlin Hillhouse in 1947 and to this union was born a son, Wayne Hillhouse. She was united in marriage to Billy Barnett in 2009.
Fern is survived by her husband: Billy Barnett of Gainesville, Missouri, six sisters, Sophia Brown of Protem, Mo., Roy Lee Brown of Isabella, Mo., Myrtle Blanton of Gassville, Arkansas, Eva Sewell of Michigan, Melva Holt of Leachville, Arkansas, Thelma Shockey of Gainesville, three brothers; Ronnie Ingram of Lebanon, Missouri, Pete Ingram of Protem, Missouri and James Ingram of Dugginsville, Missouri and a host of other relatives and friends. She was preceded in death by her first husband, Harlin Hillhouse and her son Wayne Hillhouse her parents, a brother, Dean Ingram and a sister Barbara Crawford.