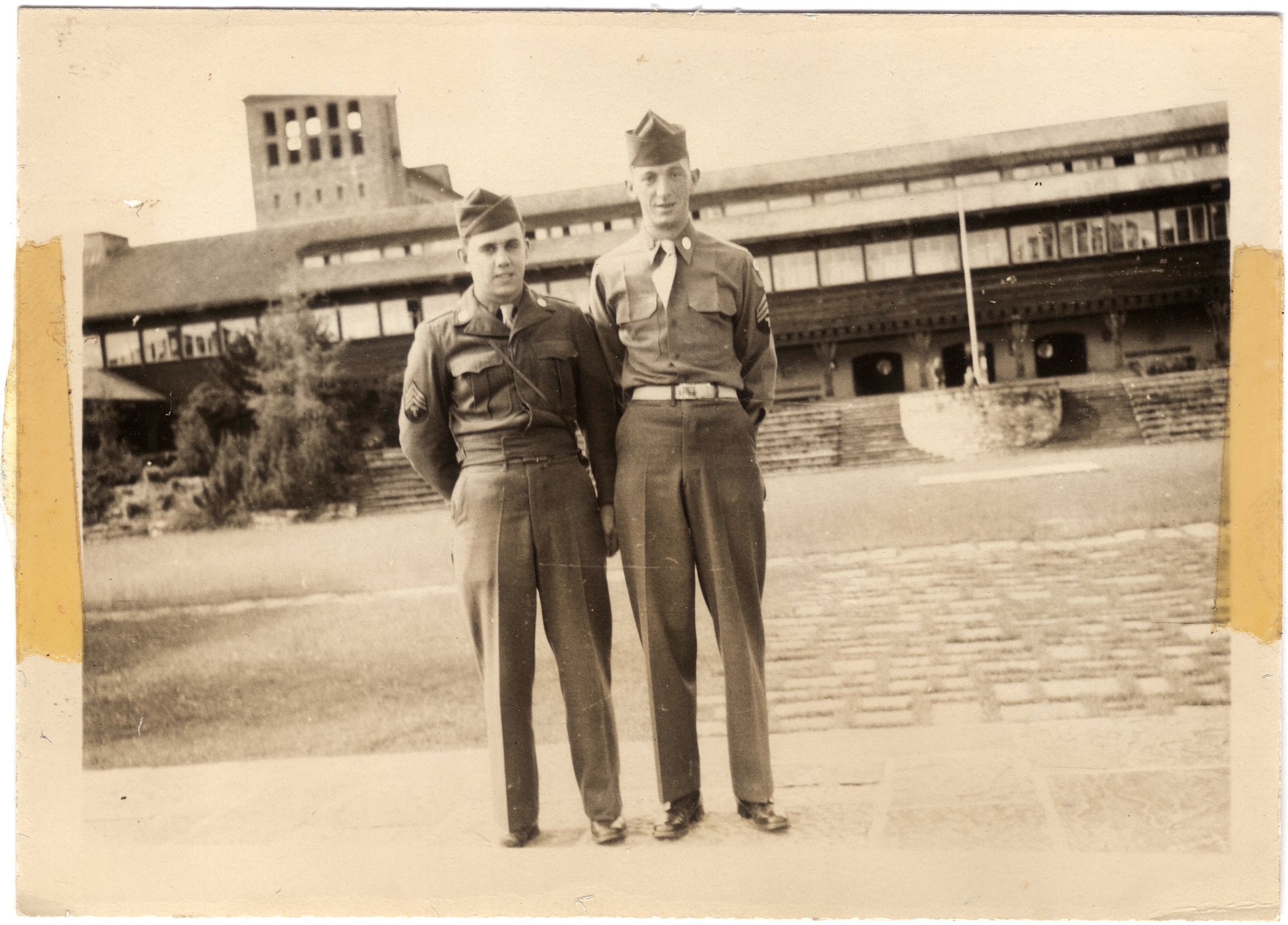 There he met best friend Orville Glidewell, with whom he enlisted in the U.S. Army in the aftermath of World War II. Vergil had a knack for numbers and was assigned to the Finance Corps, serving in Germany and the Philippines and later in Texas during the Korean War. He expressed great admiration for his classmates from Berryville whose service took them into combat.

Upon his return, Vergil finished his bachelor's degree at what was then Southwest Missouri State College in Springfield. In a Spanish class in 1948 he met Wanda Lee Sharp and asked her, “Señorita, did I see you at the Shrine Mosque last night?”

The Spanish lessons did not stick with him, but Wanda did. They were married in Springfield on June 21, 1952 and recently celebrated 67 years of marriage.

Vergil went to work in Berryville at Ocoma Foods, which was later bought by Tyson. A plant manager, he declined to move to another site when directed by the company and instead relocated the family to Springfield in 1969, working in management at a series of businesses.

In 1976, he was hired as controller at a relatively small local startup: Bass Pro Shops.

Vergil served in several administrative roles at the rapidly expanding company and was chief executive officer when he retired in 1993. He considered those he worked with family. He felt fortunate to meet several U.S. presidents during his tenure, and especially admired George H.W. Bush.

Committed to hard work, Vergil had to ease into retirement. He continued as a part-time consultant at Bass Pro for several years and served on the Wonders of Wildlife museum board.

Vergil's time overseas instilled a great love of travel. He and Wanda made a point of taking annual trips with their three children (who helped track expenses) and continued the tradition with their grandchildren.

A devout Christian, Vergil was a member of South Haven Baptist Church for 50 years, serving many of them as a deacon and treasurer. For his family and those who knew him, Vergil set an example of honesty, integrity and kindness. He was loved and will be greatly missed.

Vergil was a dedicated blood donor during his life. In lieu of flowers, well-wishers are encouraged to donate to Community Blood Center of the Ozarks: 417-227-5000, www.cbco.org.