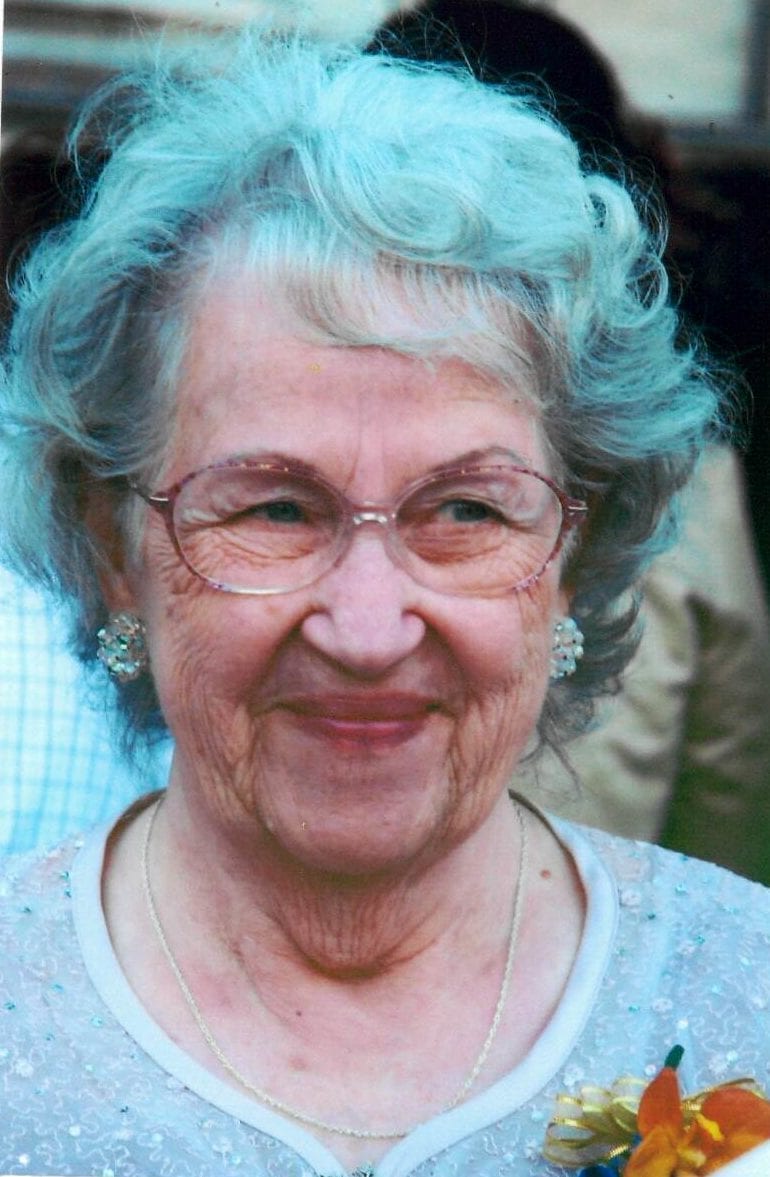 Louise was born on September 30, 1928 in Diggins, Missouri to Thurman J and Ruth Morehouse. She was united in marriage to Elmer Carl Cornelius on June1, 1946 in Baltimore, Maryland where he was serving his country in WWII at Fort Mead.

Louise was an avid seamstress and sewed uniforms for soldiers during WWII. She continued to sew her entire life, creating fashionable clothing for her daughters and granddaughters to enjoy. Louise also enjoyed playing her guitar and piano and singing old-time Ozark folk songs. In 1976, she was recorded singing and playing her guitar by Max Hunter, a music professor at then SMSU, so that these songs would not be lost to time. (maxhunter.missouristate.edu) Most of all, she enjoyed spending time with her large family, and in recent years, attending church with her sister, Ruby. They loved singing and reminiscing about their lives and their families.

She is also survived by her sisters, Ruby Powell and Virginia Ouelette (Ed); her brothers Wayne Morehouse (Dodie), Bud Johnson (Pam), David Morehouse (Gladys), and Dale Morehouse. She was proceeded in death by her husband, Elmer Cornelius, her parents, brother Larry Morehouse, sisters Loretta Cook (Elvin); Hazel Kennemer (Vernon) and brothers-in-law Bob Powell, and Bob Blevins.
Louise will be missed by everyone who knew this sweet example of a Christian woman, but especially by all her family members.

Graveside services will be held on Saturday, August 22, 2020 at 10:00 a.m. at Greenlawn Cemetery North, Springfield.

Memorial Contributions may be made to St Jude Children’s Research Hospital or The Alzheimer’s Association.