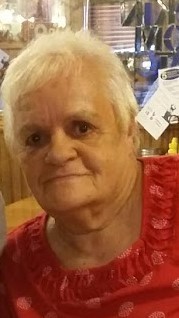 Virginia Irene Bridges Williams 80, entered into the presence of her Lord and Savior early Tuesday morning, May 14, after a brief illness. She was born in Springfield, Missouri and raised in the Willard area graduating from Willard High School. Virginia was of the Baptist faith. She worked for many years at Zenith and the Springfield School System. She was married to Everett Williams for over 30 years.
She is survived by her husband, her daughter Debbie Mathis and husband John and her son Doug Agee and his wife Lisa, step-children Jim Williams and his wife Deann and Stephanie Sisco and her husband Mike. Five grandchildren Jennifer and Josh Mathis, Maddie, AnnElise, and Eaton Agee as well as several step grandchildren and great grandchildren. Sisters Elloise Hoffman and Roxie Barger and her husband Jerry and many nieces, nephews and friends.
She was preceded in death by her father, John Henry Bridges, mother Frances Frakes, brothers Jerry and Jack Bridges and infant sister Ruby Fay Bridges.
Visitation for Virginia will be Thursday, May 16, 2019 from 5:00 – 7:00 p.m. at Greenlawn Funeral Home East with Funeral Services on Friday May 17, 2019 at 10:00 a.m. in the funeral home. Burial will be at Liberty Cemetery, Springfield, Missouri