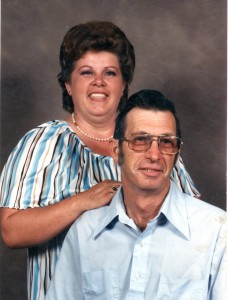 Virginia Powers, 67, passed away Thursday, February 26, 2015 in Springfield, Missouri. Her loving husband Richard N. Powers, 65, passed away April 12, 1997 in Polk County, Missouri. Virginia and Richard were happily married for many years.
The couple is survived by a son and his wife, Richard Blair and Phyllis Busbey; a daughter and her husband, Cami and Tim Whitney; five grandchildren, Andrew Whitney, David Coleman, Victor Blair, Jamie Blair, Robert Blair; and one great-grandchild, Alexander Whitney.
Graveside services will be held for Virginia and Richard on Monday, March 2, 2015 at 11:00 a.m. in the Missouri Veterans Cemetery, Springfield, Missouri. Services have been entrusted to Greenlawn Funeral Home South.