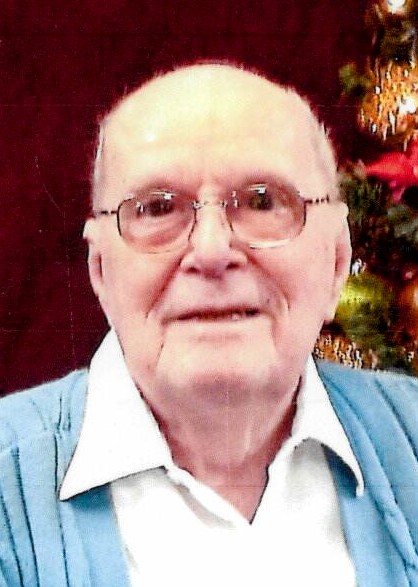 Walter graduated from Willard High School, then attended the Univ. of Mo.  His education was interrupted by WWII.  He served in the Army in the Philippines and New Guinea.  After the war, he finished his education and was county agent in Johnson and Miller counties.  In 1953, he joined the faculty at the University of Missouri.  He served there as a Professor in Poultry Husbandry, until his retirement in 1978.  In 1964, he received the Pfizer Poultry Science Extension Award for distinguished service to the poultry industry.  After retirement, he and Bonnie moved back to Springfield, where he received a B.A. in Bible from Central Bible College.  They volunteered at Golden Rule Christian Estate and Maranatha Village.  In 2007, they returned to Columbia to be near their daughters and lived at Lenoir Woods Retirement Community.

He is preceded in death by his parents, Elbert and Hattie Russell, his brothers, Tom, Ralph, and David, and his sister, Clara Blackwell.

He is survived by his daughters, Anne DeVore (Charles) of Columbia, and Deborah Stith (Gary) of Trenton, Mo, two grandsons, and five great-grandchildren.

The family wishes to thank the Winwood staff at Lenoir Woods and Hospice Compassus for their loving care.