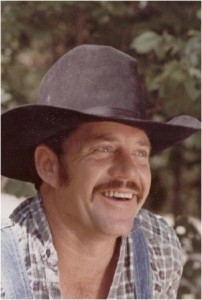 Funeral services for Walter Paul Hoover age 75 of Webb City, Missouri formerly of Taney County will be held at 4:00 PM, Wednesday, November 12, 2014 at Greenlawn Funeral Home in Branson. Burial will be at a later date.

He was born on March 11, 1929 in Melva, Missouri the son of Hooks and Fannie Hampton Hoover. He was a longtime resident of the area before moving to Webb City after his retirement to be closer to his family. He was a U.S. Army Veteran serving during the Korean War. He was a member of the protestant faith.

Walt is survived by his wife of 33 years, Vivian Hoover of the home. Two sisters; Mae Hoover and Jeannie Walters both of Sacramento, California. Three children, Jesse Hoover of Plano, Texas, Carrie Hoover Strobach of Webb City, Missouri and Johnnie Hoover of Plano, Texas. Four step-children: Katrina Fowler of Webb City, Mo, Jeff Stottle of Westwood, Kansas, Hank Stottle of Indianapolis, IN and Bobby Stottle of Ozark, Mo. 10 grandchildren and seven great grandchildren and numerous nieces, nephews and other family members. He was preceded in death by his parents and a brother Jack Hoover.
Visitation will be one hour prior to service time in the funeral home.
The family would like to encourage folks attending the services to wear their camouflage or hunting attire.