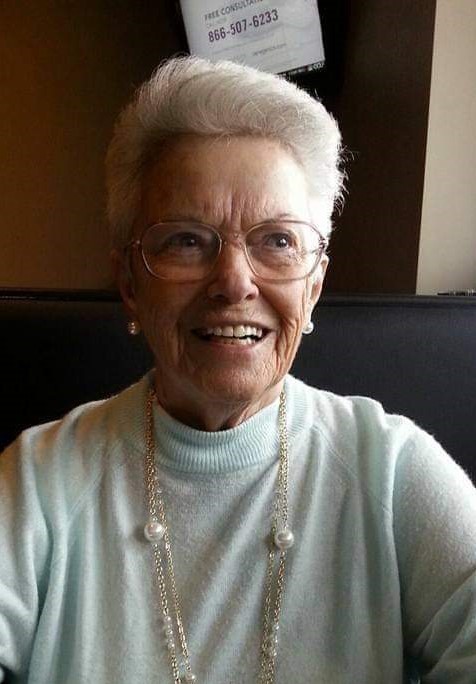 Wanda Marie (Hogan) Bennett passed away on January 7, 2021, four days after celebrating her 91st birthday. A small number of family and longtime friends were at her Woodland Manor bedside in Springfield, Missouri. Wanda was born on January 3, 1930 to Frank and Stella (Coats) Hogan in their family home near Simmons in Texas county Missouri. The family attended the Simmons Baptist Church and Wanda was baptized there as a child. She grew up to be a loving and caring person who shared and generously gave whatever she had to others in need. Shortly after graduating from Houston, Missouri High School in 1947, Wanda married Cecil Paul Bennett. They had two children William Paul and Elizabeth Kaye. They divorced in 1962. Wanda worked at various jobs, owned and operated many businesses in the Houston, Cabool and Springfield areas. After retiring she enjoyed working part time as a hostess at the Springfield Olive Garden. She is preceded in death by her parents; four brothers, Alivn (wife Vonda), Kaga (wife Mary), Donald and Merle; three sisters, Nerine Redwing (husband Stanley), Oneta and Zella Lee; daughter, Elizabeth Gomes (husband Paul). Survivors include her son William Bennett (wife Janie) of Leavenworth, Kansas; grandsons, Matthew Bennett (wife Ashley) of Austin, Texas, Michael Bennett (wife Ashley) of Shawnee, Kansas, and Andrew Gomez (wife Aricka) of Springfield, Missouri; five great-grandchildren; six step-grandchildren; friend and adopted daughter Maureen Davis of Springfield, Missouri; numerous nieces, nephews and cousins living in Missouri, California, Colorado and Michigan. Wanda enjoyed spending time with her children, grandchildren, and great-grandchildren, as well as staying in touch with her extended family and friends. Due to COVID a Celebration of Wand’s Life will be announced at a later date. Memorials are suggested to the American Cancer Society at 1100 Pennsylvania Ave. Kansas City, MO 64105.